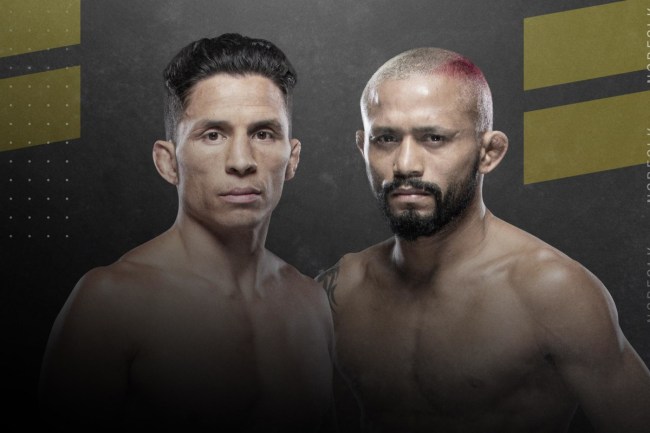 Both of these fighters are experts at knockouts, which promises for an exhilarating main event. At 35 years old, Benavidez has chalked up eight wins via knockout and nine with submission, earning respect in the division for taking down powerhouse fighters like Henry Cejudo.

Deiveson Figueiredo – known as “God of War” – is fast and aggressive, with a 17-1 record in his short UFC career.

It’s going to be a physical battle, charting the course for their careers as cage fighters in the division

How to watch UFC Fight Night stream via ESPN+

And, best of all, you don’t need to buy a PPV to watch tonight’s UFC Fight Night stream.

If you’re a big UFC fan, you already know that ESPN+ is carrying the UFC Fight Night stream as part of its regular subscription plan – which is a must for UFC fans. You’ll have to sign up for an ESPN+ subscription to watch UFC Fight Night 169 – fortunately, it’s pretty affordable.

The agenda for the UFC Fight Night Live Stream this evening: