UFC Fighter Cheyanne Buys Cries After Receiving $50k Bonus, Says She Was Negative In Her Bank Account And Completely Broke 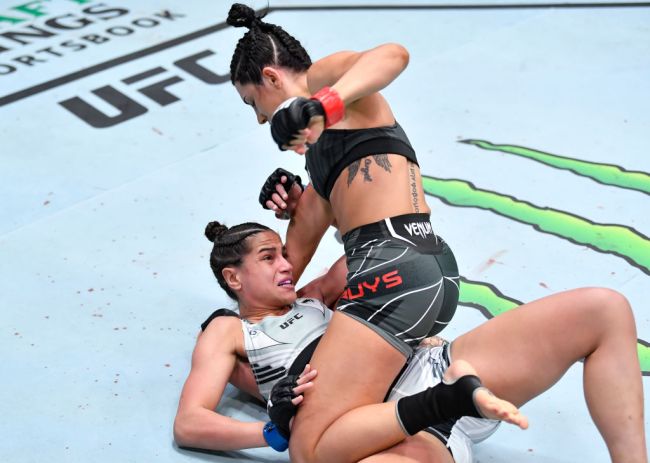 During her fight at UFC Vegas 33, Buys finished off her opponent Gloria de Paula in the co-main event.

During her postfight interview Buys raised some eyebrows when she said that she was completely broke after recently moving to Vegas.

“Man it’s been a long road to get here, it’s been a crazy fight camp for me, I left me home in Dallas and I just packed up, I left my home with everything in it…I’m broke as hell, I mean I am so broke, I got a loan just so I can get a house here.”

After receiving the $50k bonus for performance of the night, an emotional Buys revealed that she was negative in her bank account and was going to use a large chunk of the money to pay off a $15k loan she recently got to move to Vegas and train.

Cheyanne Buys breaks down after learning of her "life-changing" $50,000 bonus.

"I am negative in my account right now. … I've been so broke my whole life because of this sport."#UFCVegas33 | Full video: https://t.co/hpoU12R2r3 pic.twitter.com/7HBOSxeQWP