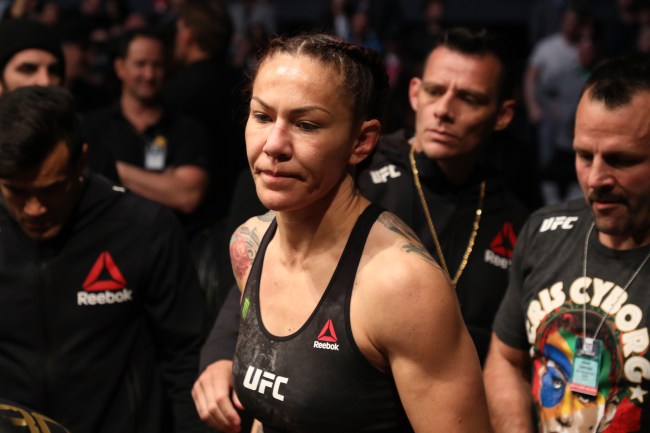 After her UFC 240 win, UFC fighter Cris Cyborg has gone a media blitz to fire back at UFC President Dana White for saying that she doesn’t want a rematch with Amanda Nunes.

In a Youtube video, that has since been removed, Cyborg posted a confrontation she had with White after UFC 240.

Cyborg claims her production edited the video to make White appear to say certain things he did not say in their conversation.

Finally, I want to apologize to Dana White for posting the video. Even though we will continue to disagree about numerous issues, I will always stand up for doing what is right.https://t.co/iGdUx0iBDT

After the video was released Dana White immediately announced that the UFC “was no longer in the Cyborg business:.

“I’m going to release her from her contract and I will not match any offers [she receives],” White said. “She is free and clear to go to Bellator or any of these other promotions and fight these easy fights she wants. Done. Done deal. I will literally, today, have my lawyer draft a letter to [Justino’s team saying] that she is free and clear.”

While Cyborg probably won’t be back in the UFC, Bellator president Scott Coker seems eager to reach out and sign her.

UFC fan? ESPN+ is a MUST. Watch Dana White’s Contender Series, weekly fights and more on ESPN+. Sign up here, only $4.99 a month!