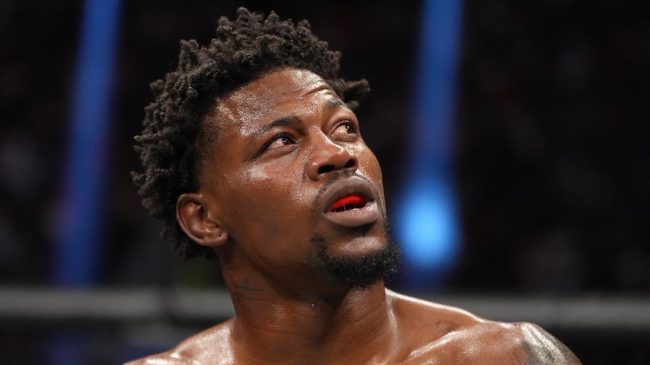 UFC star Kevin Holland shocked the MMA world after announcing his retirement. Especially considering he’s in the middle of his prime. However, it appears as though Holland has pulled a Tom Brady and will return to the octagon.

Kevin Holland Un-Retires From The UFC To Fight Stephen Thompson

As it turns out, Stephen Thompson is going to face off against Kevin Holland on December 3. It should be an amazing fight, as both he and Kevin Holland are both prolific strikers in the UFC. So, Holland’s retirement lasted maybe 48 hours. That officially makes him the Tom Brady of MMA right now.

Considering Kevin Holland is just 29 years old, many didn’t quite believe his retirement announcement. He’s looked solid lately, as long as his opponent isn’t a wrestler. Even so, it is interesting to know that Holland has retirement on his mind at such a young age.

Regardless, UFC fans are elated for this upcoming bout. Kevin Holland and Stephen Thompson are sure to bring the fireworks in what should be a strong card on December 3rd.

This really is a great matchup.

I’m glad he’s not retired, and I love this fight for both men

Can it be December already?

Now this will be fun

We’ll see how this fight plays out. This is a great matchup for both Kevin Holland and Stephen Thompson. The UFC made a smart move to find a way for Holland to remain with the organization for now. However, don’t rule out another retirement announcement down the road.