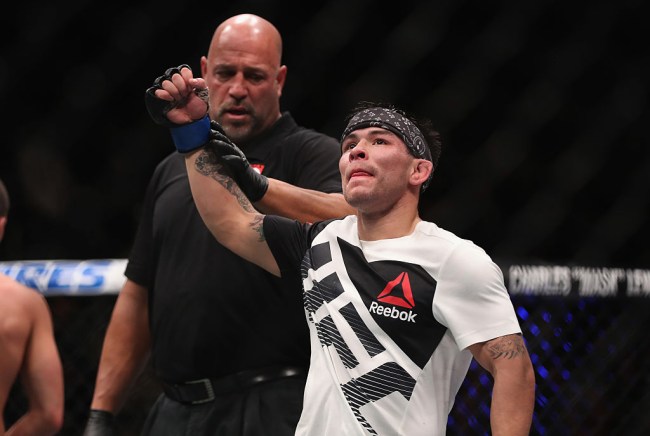 Conor McGregor not only has issues with the law but he may be facing several lawsuits in his future. Tonight, two fights have been called off due to injuries sustained when McGregor broke a bus window filled with UFC fighters with a dolly while trying to attack rival fighter Khabib Nurmagomedov. UFC lightweight Michael Chiesa was forced to withdraw from his fight with Anthony Pettis after he suffered lacerations during Thursday’s incident at the Barclays Center.

UFC flyweight Ray Borg was also forced to withdraw from his fight against Brandon Moreno when a piece of shattered glass got in his eye.

Borg’s participation first was reported to be in jeopardy in a report on Twitter from Zeca Azevedo from Combate.com.

According to Azevedo, Borg late today headed to the hospital because he was having difficulty opening his eyes from what he believed to be pieces of glass from the window McGregor broke out of the fighter and crew bus by throwing a dolly into it..

McGregor is currently wanted for questioning by the NYPD for the incident. You can watch video of McGregor throwing the dolly and shattering the bus window in the video below.