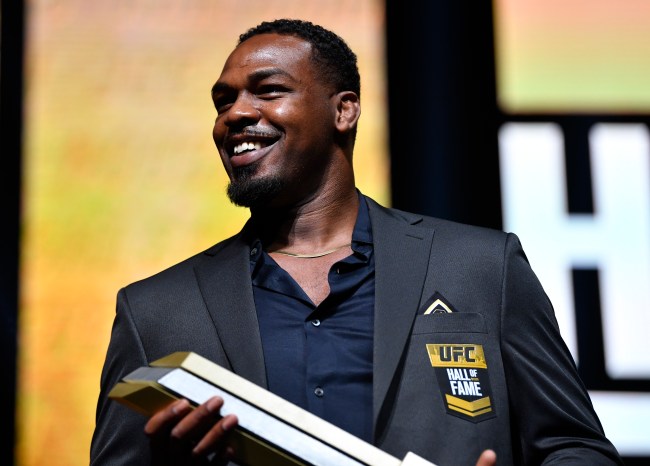 On Friday ESPN reported that the former UFC light heavyweight champion was arrested for domestic violence on Friday morning.

On Thursday night Jones spoke at the UFC hall of fame after being honored for his 2013 fight with Alexander Gustafsson.

Jones, who has had several run-ins with the law over the years, joked that he was planning on staying out of trouble while he negotiated his next fight with the UFC.

.@JonnyBones expects to fight for #UFC heavyweight title "sometime in the second quarter" of 2022:

"I'll try to do more legally controversial sh*t so I can sell a little more pay-per-views."