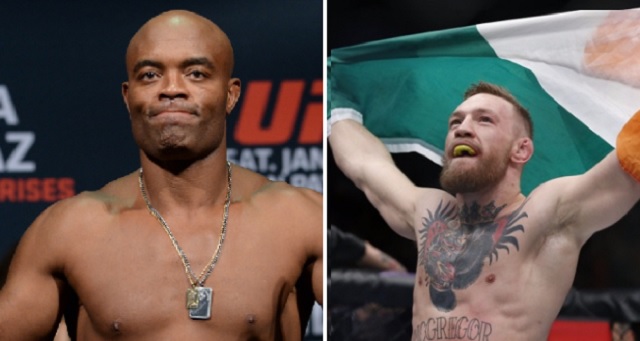 Everyone and their mother wants a fight with Conor McGregor right now because apparently that’s where the money is at.

Today, former UFC middleweight champion Anderson Silva called out the UFC’s current lightweight champion to a fight and even went as far to call McGregor a “dwarf” in an interview with Brazilian outlet Globo.

Now that I’m old, I’m beginning to challenge everyone,” Silva told Brazilian outlet Globo. “I want to beat this dwarf … what’s the boy’s name again? McGregor. It is not provocation. It’s just that I forget, I’m old. Old men know what it’s like. I have this urge to test myself against him. I think he’s a guy who has an unusual ability. I do not know if he would reach a weight of 178 pounds, which is the weight I can get to, but it’s a guy I’d like to test myself before I end my career.”

While this would be cool to watch, Anderson is going to have wait his turn as Conor has about 10 other people calling him out at the moment.