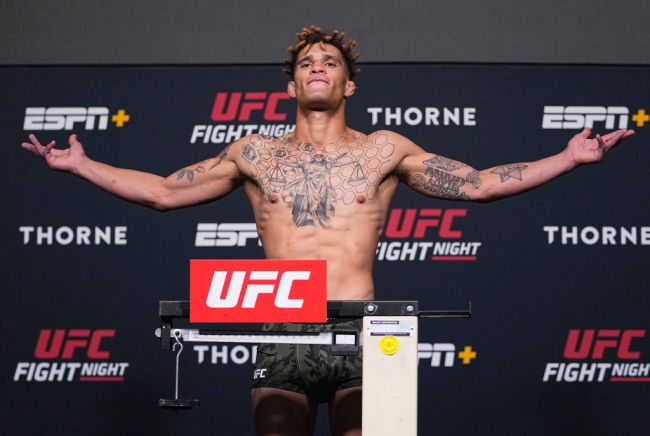 It should be fairly common knowledge that messing with a professional MMA fighter is a bad idea. Well, UFC welterweight Jordan Williams reaffirmed that notion by fighting off a would-be-thief with minimal effort.

The 30-year-old shared surveillance video of a recent incident in which a man attempted to steal his car. Williams was in the gas station’s convenience store when the attempt occurred, but he didn’t let the thief get far.

Oh, and he did it all while wearing a fanny pack— because UFC fighters can do what they want.

Because Williams drives a push-to-start vehicle, the key must be within five feet of the car for it to start. Thus, he (mistakenly) left the car running while he went inside.

After a few short moments, a man emerged from the far side of the gas station, hopped into the unlocked car and tried to drive away. Williams noticed the theft, ran out to the car as it slowly backed away, opened the door and thrust the man from the drivers seat with significant ease.

Video shows the thief wisely running away and grabbing his forehead as he fled the scene. If he had stuck around, he would have likely had his world rocked.

This was not the first time that a would-be thief picked the wrong person’s car. Back in May, Derrick Lewis knocked out a man who was breaking into his truck.

Williams, unlike Lewis, got a souvenir.