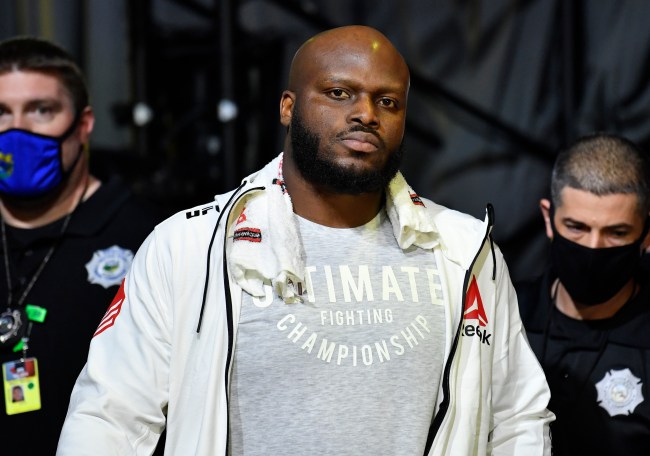 A car thief in Houston chose the wrong car to break into today.

On Tuesday, Derrick Lewis, the UFC heavyweight contender who shares the record for most knockouts in UFC history, revealed on Instagram that he was forced to stop a man from breaking into his car and things didn’t end well for the car thief.

Lewis shared a video on his Instagram page shows Houston police arresting a man with his head wrapped in bandages and placing him in the back of a squad car. Lewis could then be heard saying “motherf*cker tried to break into my sh*t.”

Someone tried to break into Derrick Lewis' car 🤦 (via @Thebeast_ufc) pic.twitter.com/1wEE4O2SZL

Lewis spoke to ESPN’s Ariel Helwani and says he knocked out the man who tried to break into his car.

Derrick Lewis tells me he noticed a man trying to break into his SUV this morning. He knocked the man out. The police then apprehended him.

I believe the correct thing to say here is, “he’s ok.”https://t.co/3IVUFKlQBL

Here’s an image Lewis uploaded of his fist implying that he punched the car thief. 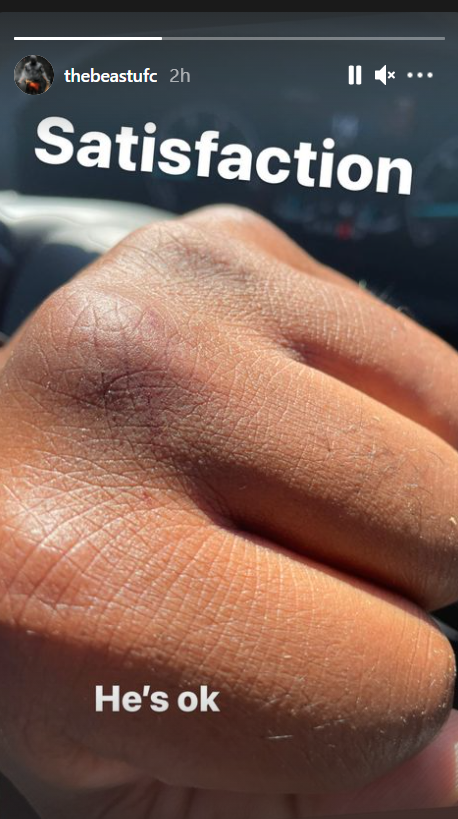