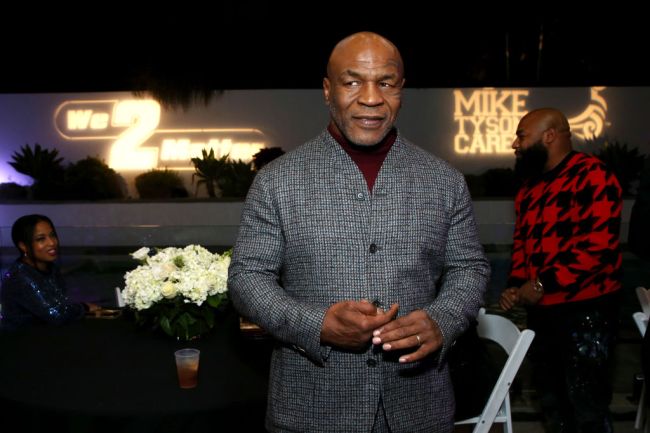 Former heavyweight champion boxer Mike Tyson surprisingly made headlines this week after repeatedly punching a fellow passenger on a JetBlue flight. The incident was caught on camera and seems to show the other passenger relentlessly harassing Tyson.

Don’t poke the bear. Especially when the bear is Mike Tyson.

That led to Tyson doing exactly what made him famous in the first place, unleashing a flurry of punches that left the other passenger bloodied.

This guy wins the award for most annoying passenger on a flight for Mike Tyson to do this! 😬pic.twitter.com/UA4RiYMzXW

Yesterday, UFC President Dana White shared a video on Twitter to give advice to anybody else who may find themselves on a flight with Tyson in the future. The video is from years ago and shows White giving up his seat on a flight because Tyson “liked it better”.

Hey dummies, for future reference, this is how you stay alive when bumping into @MikeTyson on an airplane. pic.twitter.com/gJFoKOtmkO

White and Tyson have been friends for years and Tyson can regularly be seen at UFC events and has worked with some of their top fighters.

You wouldn’t think anybody would need to be told not to harass a former heavyweight world champion boxer when locked in a metal tube with them, but it seems there’s at least one person out there who needed that warning.

Hopefully this will be the last time anybody chooses to bother Tyson on a flight. It it wasn’t already abundantly clear how that could turn out, it certainly is now.