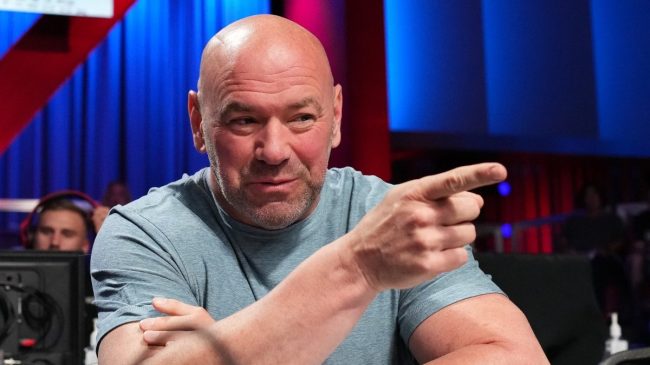 Dana White’s Contender Series has brought in a plethora of talent into the organization. The UFC doesn’t lack prospects, as the roster is deep in every weight class. However, White made history with his latest signing, as Raul Rosas Jr. becomes the youngest fighter to ever sign to the UFC.

After putting on a spectacular performance, White pulled the trigger and signed Raul Rosas Jr. to the UFC. Rosas is just 17-years old, making him a young phenom for MMA fans to get excited about. Dana White is already thrilled with this kid, as the UFC president hypes up the prospect during his contract announcement.

Dana White couldn’t help but continue hyping up Rosas afterwards. He claims that multiple fighters were reaching out to express their bewilderment of the 17-year old fighter. Turns out, this kid might be the real deal.

On top of that, Raul Rosas Jr. has some big goals ahead. Not only is he the youngest fighter to sign with the organization, but he aims to be the youngest champion in UFC history as well, per MMA Junkie.

Before entering Dana White’s Contender Series, Rosas had five fights under his belt. Thanks to Spinnin Backfist, you can watch some of his best highlights.

This prospect is clearly a submission artist early in his career. Especially considering he nearly pulled off a crazy Suloev stretch on his opponent in Dana White’s Contender Series.

This is just the beginning for Raul Rosas Jr. He seems to have all of the talent in the world and at just 17 years old, he has the potential to be a driving force in the MMA world. No wonder Dana White can’t get enough of this kid!