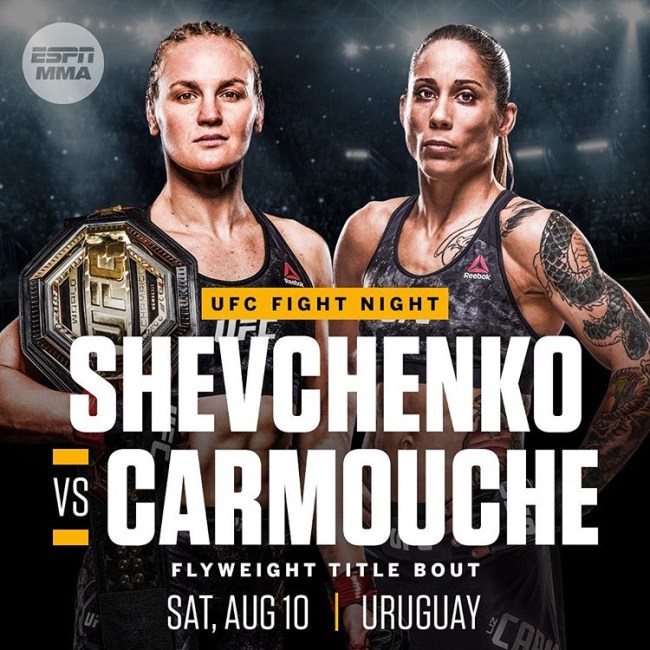 Tonight UFC heads to Uruguay for the first time for UFC Fight Night 156 from the Antel Arena in Montevideo. UFC Uruguay promises another thrilling main event, including Valentina Shevchenko and Liz Carmouche set to clash in the octagon tonight for the first time since 2010, when Carmouche won with a second round TKO.

The only place to stream UFC Uruguay is ESPN+, with the main card starting at 8PM ET / 5PM PT. Sign up to watch UFC Uruguay right here – Just takes a couple seconds to synch with your ESPN account and you can watch on all your devices, including your smart TV. ESPN+ really is a MUST for UFC fans.

And don’t forget – Next week is the UFC 241 stream from Anaheim on ESPN+, featuring the return of Cormier vs. Miocic 2 and Pettis vs. Nate Diaz. Don’t miss UFC 241 by buying the PPV here.

And plan your schedules accordingly!

Since last December, Valentina Shevchenko has been dominant in the Flyweight division: Winning by unanimous decision against Joanna Jędrzejczyk at UFC 231 and defending the flyweight title against Jessica Eye with a head kick TKO in the second round at UFC 238 back in June. Shevchenko is efficient and effective against her challengers, poised for quick counter strikes from a long range. Liz Carmouche, aka GirlRilla, is a heavy underdog in the bout, so she’ll have to move quick with an offense that gets Shevchenko to the mat, where she poses a threat with her body lock. 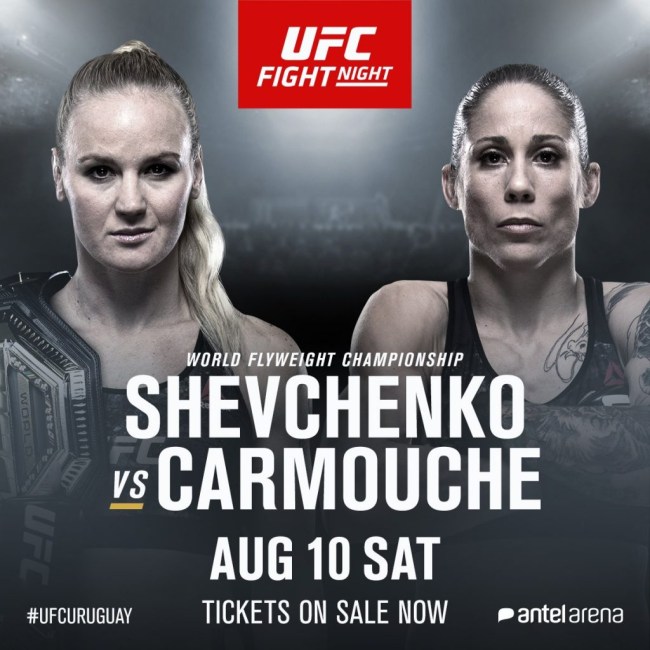