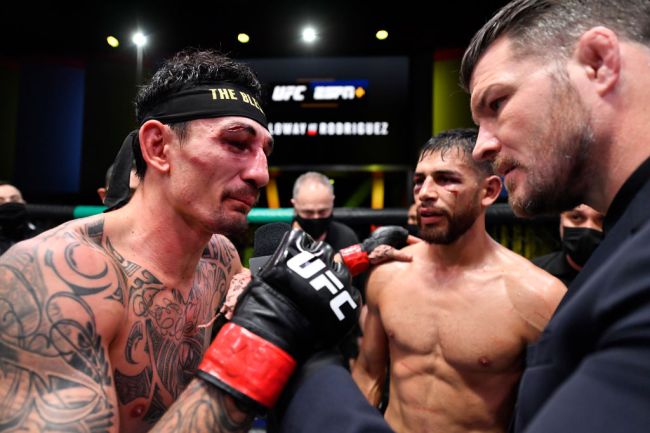 Yair Rodriguez and Max Holloway put on an amazing show in their fight at the UFC Apex in Las Vegas on Saturday night.

At the end of the three-round fight, Rodriguez had to be helped out of the cage following his unanimous decision loss against Holloway with an apparent foot injury.

Yair Rodriguez had to be helped out of the octagon after giving us a classic battle with Max Holloway. 🙏#UFCVegas42 | 🎥 @MMAJunkieJohn pic.twitter.com/mHkyzeUw2v

Here’s what Rodriguez’s injured foot looked like while in the cage during the fight.

And this is what it looked like while he was in the ambulance on his way to get checked by local doctors.