UMBC Became The First No. 16 Seed To Upset A No. 1 Seed And Their Twitter Account Roasted Everyone Who Dissed Them Before Game 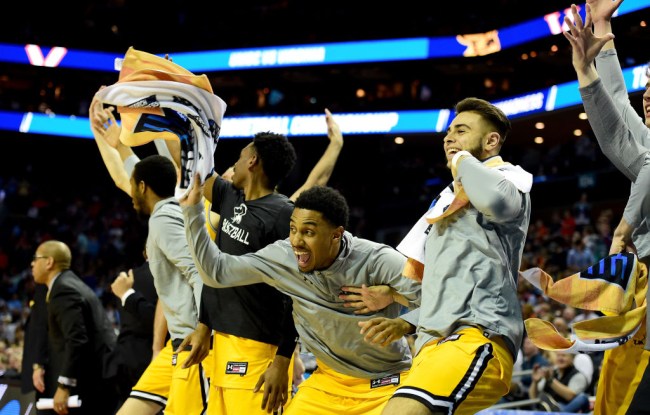 UMBC made history tonight when they became the first 16 seed to beat a #1 seed in the NCAA tournament after defeating Virginia by a wide margin.

As a 22.5 point underdog going into the game, UMBC also became the biggest upset in NCAA tourney history, a record previously held by Morfolk university.

Biggest upset in tournament history was in 2012 when Norfolk St beat Missouri as 21.5 point underdogs. Virginia was -22.5 against UMBC tonight.

Before the game started, several hoops experts including CBS Sports’ Seth Davis mocked UMBC for not having a chance in hell to win the game.

Hi everyone, in case you didn't see, Seth Davis tweeted this one minute into the game pic.twitter.com/vDlrcOtJOn

University of Maryland Baltimore County, who are you? https://t.co/XGp9MacmGb

Hi Seth, remember when you declared the game over at tip? We are up 14 with 14 minutes left https://t.co/duUviOMvZO

C'MON GUYS, you crashed our dang website, our IT people wanna watch the game too, please form an orderly line

Davis was a good sport about the whole thing and ate his crow like a man.

Should I sharpie UMBC? Asking for a friend.

lol I've never been so happy to get so much grief. This is amazing.

UMBC didn’t stop with Seth and continued crushing the haters.

Ahh we remember this game at Maryland in December….hopefully you enjoyed our game from your couch dude! pic.twitter.com/qwRC9zSQuE