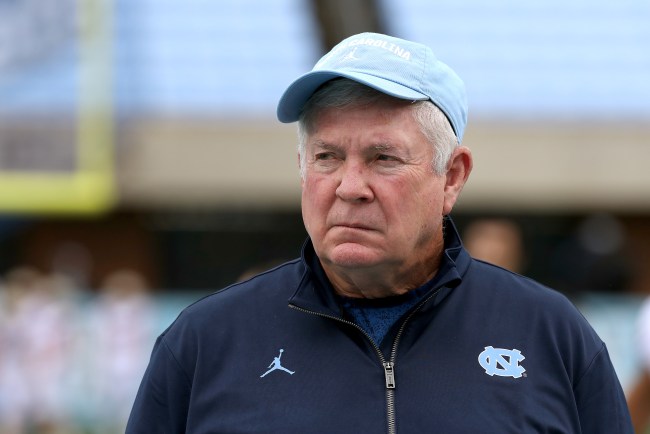 As North Carolina gears up to face its cross-state rival South Carolina in the Duke’s Mayo Bowl, there is a lot at stake. Not only will the winning program be able to hold bragging rights over the other state for the foreseeable future, but the winning coach is getting a Duke’s Mayo bath.

That’s right, the winning coach is going to be doused in mayonnaise.

Thus, when the inaugural Mayo Bowl was held last year, fans were very disappointed that there was not a mayo bath.

In turn, the game is making a charitable donation to the winning school’s charity of choice if its head coach gets bathed in mayonnaise. It even tested the dump the other day.

When asked about if they would endure such a bath, both coaches agreed.

“I’m not a big mayonnaise guy. I mean, I’ll gladly take one for the team on that one if it means we won a football game, but woof.”

Tarheels head coach Mack Brown did not have a reasonable response.. He took it way too far.

“If we won a game, I’d let someone hit me in the face with a frying pan… I don’t care.”

Fortunately for Brown, UNC is not playing in the Cuisinart frying pan bowl. But, man, what a pathetic way of accepting the mayo bath.

North Carolina began the season as College Football Playoff hopefuls with a Heisman Trophy candidate at quarterback. It finished at .500.

Brown is so desperate for wins that he will literally do anything. Yikes.