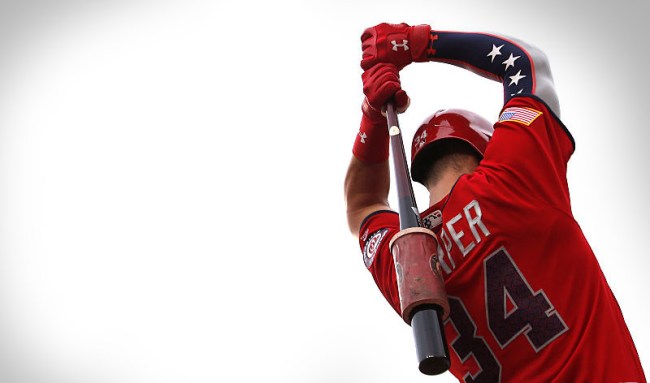 Bryce Harper also likes to wear some of the sickest cleats in Major League Baseball. 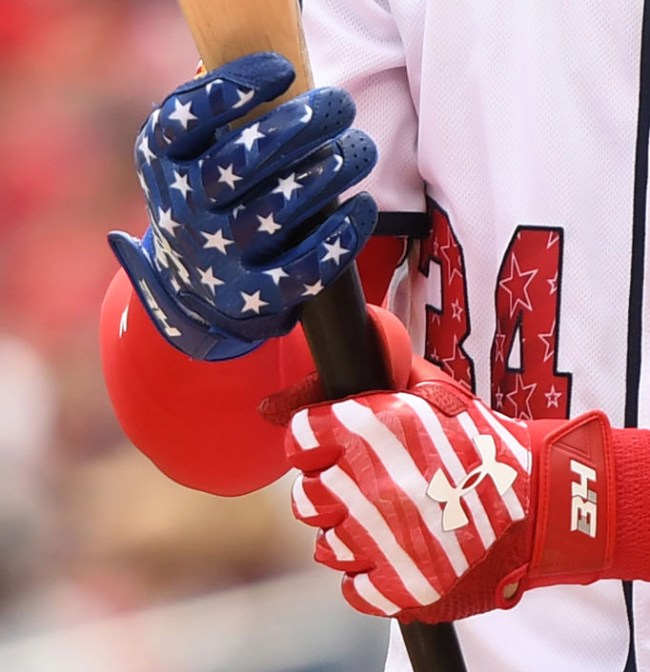 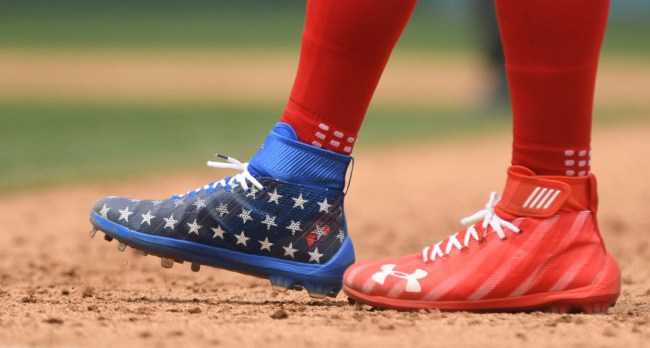 And in 2018, in celebration of the United States turning 242-years-old on the fourth of July, Under Armour has created some very special Harper 3 baseball cleats that are patriotic as hell.

The yet-to-be-released UA Harper 3 cleats sport fireworks from heel to toe, which will also be featured on the arm sleeves and batting gloves of select Under Armour athletes for Independence Day.

The Under Armour Harper 3 baseball cleat doesn’t officially release until the fall of 2018, but on July 4th, at least in Nationals Park, we’ll get ourselves a patriotic preview. 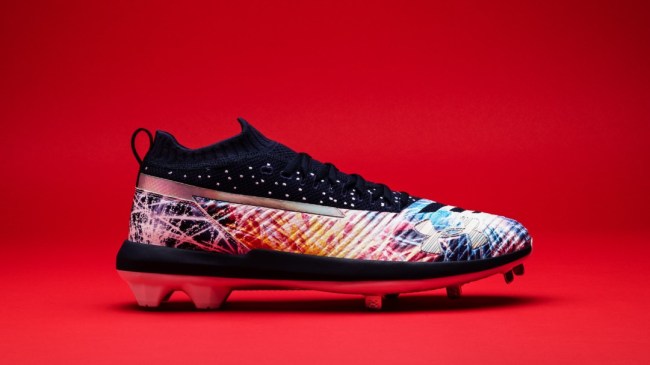 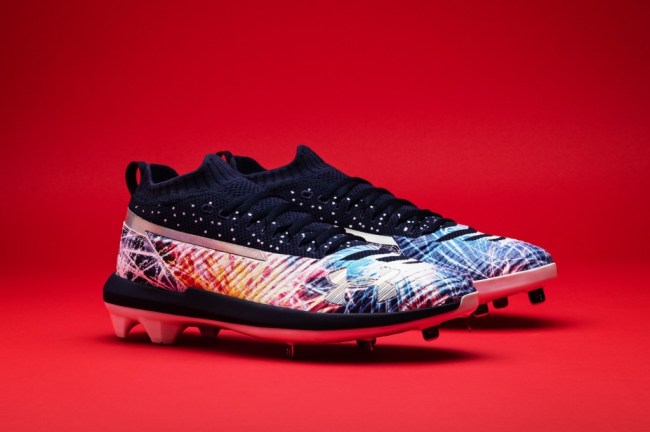 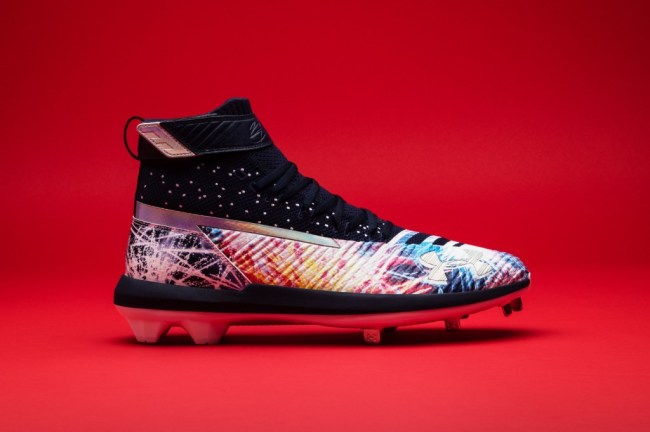 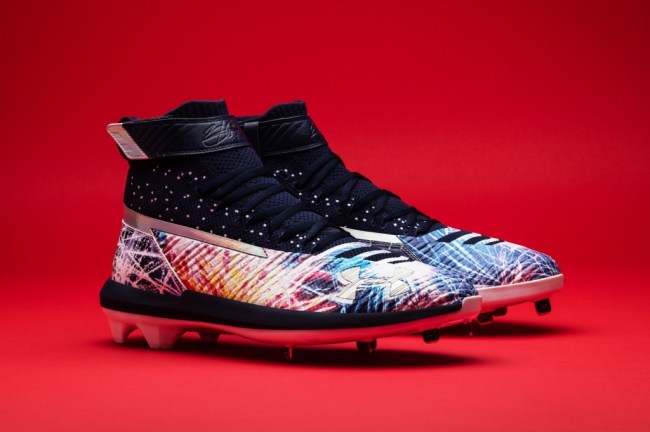