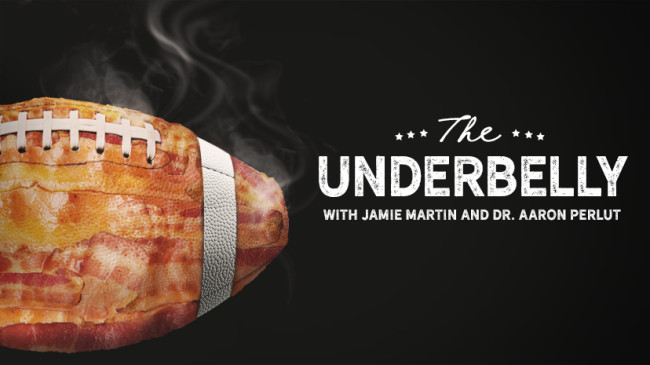 Did you ever ask yourself whether Bon Jovi or Guns’N’Roses should qualify as hair bands? If you didn’t you’re deeply broken and certainly should have and if you did, well, you’re clearly a person of great body odor and taste.

This brings me to the all-important Episode 4 of The UnderBelly Sports Podcast featuring an interview with former National Football League All-Pro quarterback Mark Brunell and a lively conversation about the magic of hair metal bands.

The conversation with Brunell (18:40) – arguably the most decorated player in Jacksonville Jaguars history – is timely as the Jags season is already in peril after many prognosticators and douchebags alike had them heading to the Super Bowl this year. And hair bands? Well, it’s never not (double negative) a good time to discuss perhaps the finest period in American music history (50:27).

What else can you expect out of UnderBelly hosts — former NFL quarterback Jamie Martin and myself — during this episode? There’s conversation about Peyton Manning’s new ESPN gig (5:25), unvarnished venom towards the most worthless pay-per-view golf idea ever (9:42), we get some pop culture nurturing from Pop Queen Jamie Pesek about the David Schwimmer thievery fiasco (33:50), and I scream about the lunacy of the Houston Rockets offering the Minnesota Timberwolves four first round picks for Jimmy Butler (39:50) and much more.

So listen up, dig in, here’s the UnderBelly Episode 4.