The Undertaker’s Final Farewell At WWE Survivor Series Included A Paul Bearer Hologram, Will Give Every Fan Chills 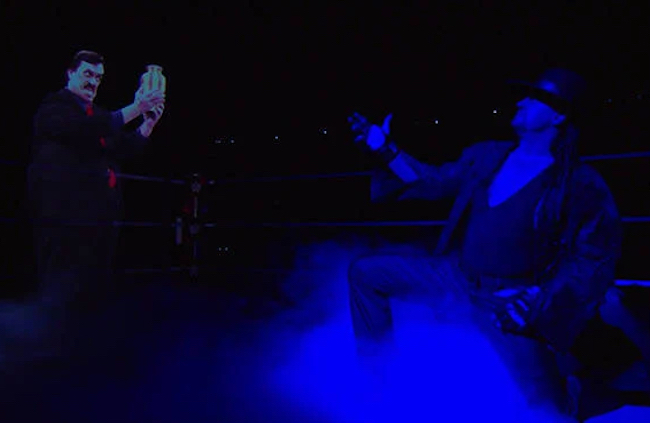 After the main event, an amazing collection of WWE superstars hit the ring to pay respects to The Undertaker, including Mick Foley, Kane, The Godfather, Savio Vega, Ric Flair, Rikishi, Kevin Nash, and Shane McMahon.

After a brief speech by WWE Chairman Vince McMahon – who seemed visibly choked up in the moment – “The Deadman” came out to end the show.

HERE COMES THE MONEYYYYYY … AND The @undertaker's Final Farewell!

The Undertaker, in character, told the crowd watching at the WWE Thunderdome and at home that “the time has come to let The Undertaker rest in peace.”

The Phenom did one last kneel down in the middle of the ring and summoned an old friend to help say goodbye.