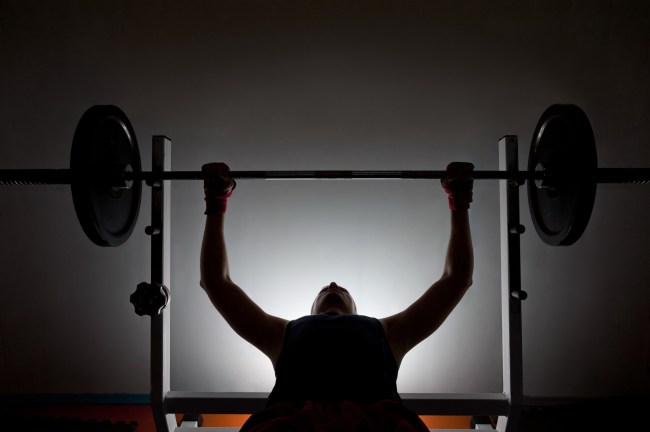 There are plenty of reasons to stress test your lungs by holding your breath underwater for extended periods of time. Big Wave surfers and Ski Patrol regularly push their lungs to the max. Ultra Marathon runners/endurance athletes, search and rescue workers, these are some people who immediately come to mind. But I’m having trouble wrapping my mind around the first person who looked at a weight bench and thought ‘we should put that underwater’.

One thing about this record is it doesn’t involve a ton of weight. They’re putting up 110-pounds (50-kilogram) underwater. It’s all about the number of reps. Interestingly, I think having that measure of weight in your hands would actually help you to move A LOT faster underwater than if you were just moving freely.

He says he first started weightlifting underwater back in 2013 and immediately started entering competitions. He told Zenger News that Guinness has all of the necessary paperwork to certify this as an official new world record (vs. unofficial) and he’s just waiting for his certificate at this point.

Vitaly Vivchar told Zenger News this wasn’t a Guinness World Record he had his sights set on for years, not something he woke up every morning thinking about. “I did not plan to break this record, it was just a random idea. That is why I do not have any other specific goals to achieve right now. I just want to get this one confirmed and then we’ll see about any others.”

He trained for two months leading up to this record which might not sound like much but he’s also been passively doing this for years, so it’s not as if someone would start benching underwater and be able to break this record within a matter of 8 weeks.

For more on this pending new world record, you can read the Tennessee Tribune‘s article.