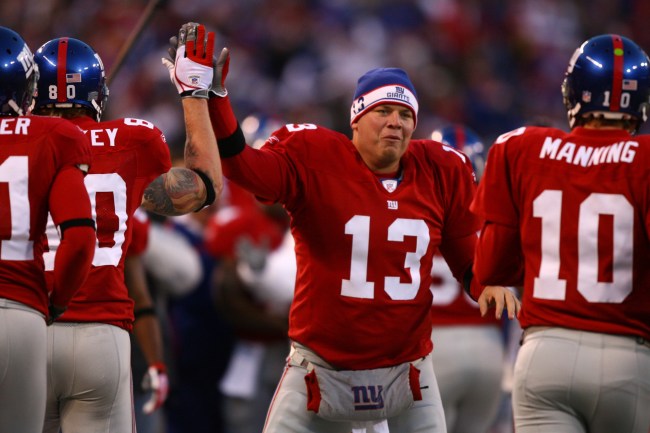 This week, it was reported that Jared Lorenzen, former Gaints backup QB and Kentucky football legend, was in a “fight for his life” after bring hospitalized for serious health issues.

Lorenzen, who ballooned to a scary 502 pounds due to a food addiction following his playing days, was admitted to the ICU and was reportedly battling an infection, kidney and heart issues, with his life in the balance.

In the most recent update, it appears that the Super Bowl champion is making solid progress in that fight, with Kentucky Sports Radio’s Matt Jones sharing a note from the family about his current state.

“Jared’s overnight was uneventful and that is a good thing. He remains on Dialysis. He continues to maintain his ground. His cardiac and renal issues remain however his treatment has been effective. Jared is still very sick… but developing some traction and remains a fighter. The entire family thanks you for your support and prayers.”

Prayers for a great friend pic.twitter.com/M0EjFtu2rh

Prayers up to the Hefty Lefty on a speedy recovery.