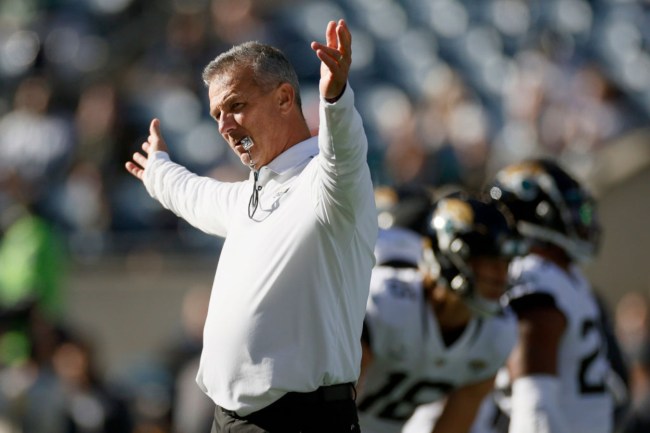 The number of people who thought the Urban Meyer experiment in Jacksonville was going to end horribly wrong is much, much higher than the number of people who actually thought he had a shot at succeeding. Now that Meyer is officially out as the Jags’ head coach, practically everyone is coming out saying ‘I told you so.’

Paul Finebaum eviscerated Meyer during his reaction to the news of his firing and even took a shot at team owner Shad Khan. While Finebaum’s reaction was pretty special, it doesn’t compare to a Brett McMurphy story about Meyer that’s resurfaced over the past couple of days.

As McMurphy explains it, he used to do weekly questions for SportsCenter where he would survey every FBS head coach and they’d answer a question anonymously. One week back in 2015, when Meyer was the head coach at Ohio State, he asked ‘If you were at the coaches convention and a fight broke out, what coach would you want by your side?’

Most coaches responded with strong coaches that looked like they could hold their own.

One coach, however, took a different approach and said he would want Meyer by his side.

“The coach told me ‘because everyone hates that motherf–ker and they would be punching him in the face so much, nobody would lay a hand on me.'”

Throwing it back to @Brett_McMurphy's all-time story about Urban Meyer on the BBOC Pod… 🤣pic.twitter.com/WdV9JM3YI1

Whoever that coach is, it’s safe to say he expected Meyer to fail miserably at Jacksonville.