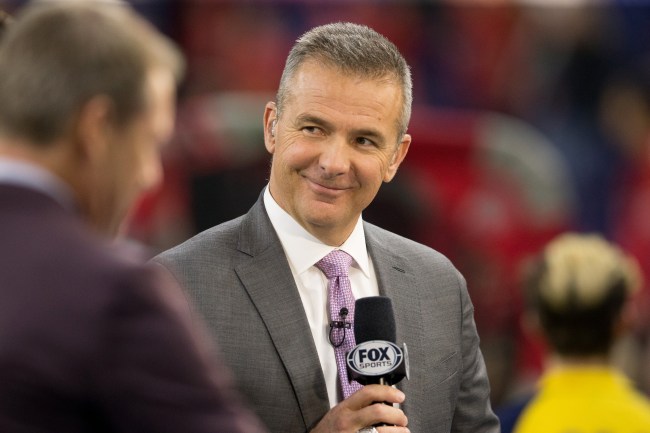 The Urban Meyer to the Cowboys rumors are starting to heat up.

Last week, Cowboys beat reporter Jane Slater reported that the Cowboys had met with Meyer and that they were very interested in the former Ohio State coach.

Jerry Jones says Jason Garrett will remain the coach but I can confirm a very real interest in Urban Meyer. In fact, I'm told Stephen Jones spoke with him recently. Lincoln Riley remains a strong candidate & file this name as a possibility Clemson OC Tony Elliott per sources.

On Friday, Dan Patrick casually dropped a bomb when he revealed that Meyer was interested in the Cowboys job because he believes that he’s “too toxic” to return to college football after he was engulfed in a scandal regarding a former coach who was accused of domestic violence.

Source tells @dpshow that if Urban Meyer returns to coaching, it would be with the Cowboys and that he IS interested in Dallas. Meyer realizes that he's viewed as "toxic" for other college jobs (USC). @SlaterNFL

Unfortunately for Meyer, Jones doesn’t sound too enthused about hiring a college coach at this time.

Jerry Jones: “College coaches spend Sundays working. … In many cases, they aren’t that familiar with the (NFL) personnel. Now, that’s a big deal. You pay a price for somebody to get up to date that hasn’t spent the prior months or years in the NFL.” https://t.co/wFg22fnfSG

We’ll have to wait and see what Jones eventually decides to do this offseason but as of now it does seem like Meyer has a very good chance of becoming the head coach of the Dallas Cowboys next season.