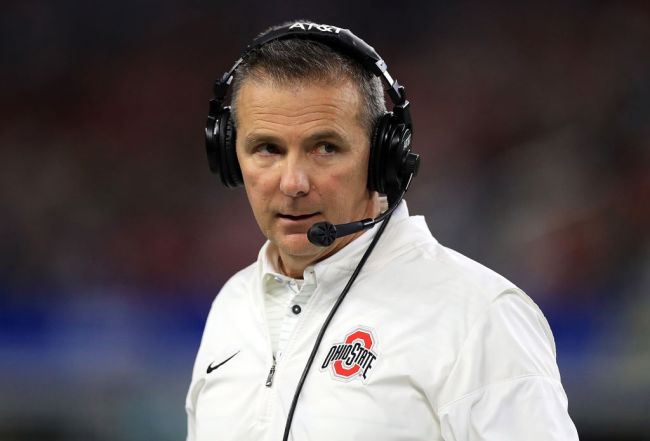 The three largest stadiums in all of college football belong to Big Ten schools – Michigan, Penn State, and Ohio State – while the conference holds the honor of having six stadiums among the 25 largest in the country.

Unfortunately, this year the Big Ten will not welcome fans inside stadiums after reversing course and deciding to play football this fall.

During an interview on the Big Ten Network, Urban Meyer was asked how a lack of fans may affect things for teams around the conference this season and revealed that during his time at Ohio State, Beaver Stadium at Penn State was the toughest stadium in the conference to coach in. He even said that the ‘White Out’ games at Penn State can create a 10-point swing.

Interestingly enough, Meyer went a combined 7-1 against the Nittany Lions during his time as head coach at both Florida and Ohio State.

“I give credit to, and I told James Franklin this, that became the most difficult place I’ve ever coached in my career,” Meyer said. “When I first got there in 2012, we played at Penn State and it was really good. And obviously the team got so good over the last few years, with Saquon Barkley and the talent they’ve had on that team. That was as loud as I’ve ever heard. We had street fight games with them every game.”

“In my mind, that is a 10-point differential when you play in that kind of game. That means you have to be on point.”

Could no fans in the stands mean as much as a 10-point swing?@CoachUrbanMeyer thinks it's possible at a place like @PennStateFball, which is the "most difficult place" he's coached in his career.

Michigan fans surely won’t like that answer from Meyer.