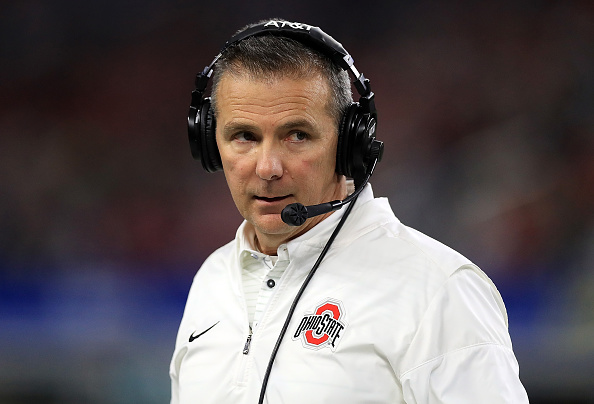 Text messages I have obtained, an exclusive interview with the victim and other information I have learned shows Ohio State coach Urban Meyer knew in 2015 of domestic abuse allegations against a member of his coaching staff.

Meyer said last week during Big Ten Media Days that he had no knowledge of two alleged domestic violence incidents in 2015 with former assistant wide receivers coach Zach Smith that were investigated by the Powell (Ohio) Police Department.

After a two week independent investigation, Ohio State chose to suspend Meyer for the first three games of the season.

A three game suspension for Urban Meyer. Will miss Oregon State, Rutgers and at TCU.

Ohio State released a statement that they felt Meyer did not condone or cover up domestic abuse but was aware and failed to take sufficient management action.

Although neither Urban Meyer nor Gene Smith condoned or covered up alleged domestic abuse by Zach Smith, they failed to take sufficient management action relating to Zach’s misconduct & retained an Assistant who wasn’t performing as an appropriate role model for student-athletes

"Although neither Urban Meyer nor Gene Smith condoned or covered up the alleged domestic abuse by Zach Smith, they failed to take sufficient management action."

Urban Meyer: “I am fully aware of the situation that has harmed the university as a whole. I followed by heart, not my head. I gave Zach Smith the benefit of the doubt. I didn’t know everything about what Zach Smith was doing. I should have recognized the red flags"