FOX Is Paying An Absurd Amount Of Money Not To Air U.S. Open As NBC Takes Over Broadcast 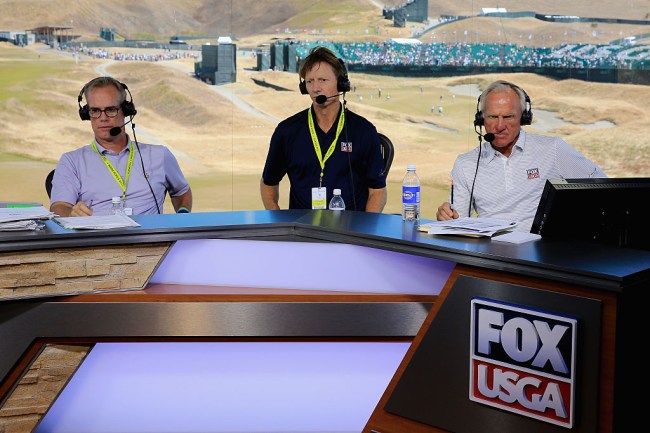 On Sunday, the AP reported that FOX Sports was dropping out of its $1 billion deal to air the U.S. Open and that NBC will pick up the remaining years of the contract, which was originally agreed upon in 2015.

NBC’s takeover will begin at this year’s U.S. Open which is scheduled for Sept. 17-20 at Winged Foot In New York.

As it usually is, money is the most interesting wrinkle in all of this. With FOX signing a reported $1.1 billion pact ($93 million per year) back in 2015, the network isn’t simply off the hook here by forking the remainder of the contract over to NBC.

According to the Wall Street Journal, FOX is on the hook to cover the difference between its $93 million and NBC’s former deal of around $37 million. Simply put, FOX is spending some serious, serious coin to not broadcast the U.S. Open.

Fox signed a $1.1 billion pact that put the annual price at $93 million, much higher than the combined $37 million NBC and ESPN were annually paying. The price Fox paid for the USGA hasn’t paid off in big ratings. NBC’s new deal is only slightly more than the $37 million it and ESPN were paying six years ago, one of the people close to the talks said. Fox isn’t off the hook financially, though, as it is expected to cover the difference in its deal and the NBC deal with the USGA.

Give or take a few million, and assuming these figures are correct, the USGA is going to be collecting pretty much identical checks from both FOX and NBC despite only NBC doing the broadcasting.

FOX knows what it’s doing by cutting this contract, at least one can hope. It’s pretty clear that FOX simply doesn’t see a stream of revenue via viewership/advertising that can cover the massive $1.1 billion deal they signed a few years back.

FOX Sports’ U.S. Open coverage wasn’t necessarily bad by any means, at the very least it was just different from the traditional CBS and NBC broadcasts, and it will be interesting to see how or if NBC makes any changes starting at Winged Foot in a couple of months.