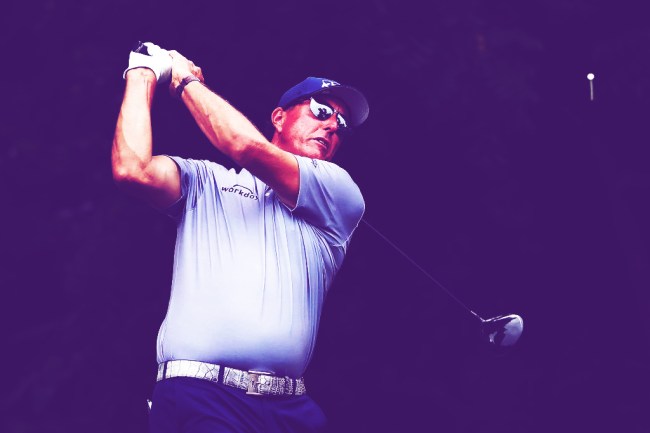 Torrey Pines has hosted just one major championship since opening all the way back in 1957, but what a major it was with Tiger Woods beating Rocco Mediate in an 18-hole playoff in 2008. Given the drama that played out at this place 13 years ago in what will be one of the greatest majors of all time, this year’s U.S. Open has quite a lot to live up to.

Lucky for us, there are plenty of storylines to pay attention to heading into the year’s third major led by none other than Phil Mickelson and his attempt to complete the career grand slam.

Oh how quickly things can change. Prior to Mickelson shocking the world and winning the PGA Championship in May, the USGA gifted him a special exemption into this week’s field. Lefty hadn’t won since February of 2019 and was ranked 116th in the world prior to his PGA Championship win. Now, Mickelson is ranked 33rd in the world and is unquestionably the top storyline heading into the week.

Mickelson will turn 51-years-old on Wednesday and if he’s somehow able to shock the world again and win this week at Torrey Pines – which is just outside of his hometown of San Diego – and complete the career grand slam would be one of the greatest stories in the history of sports.

Jon Rahm has had an eventful couple of weeks. The Spaniard held a six-shot lead after 54 holes at the Memorial two weeks ago, but was forced to withdraw after testing positive for COVID-19. Now, he’s back and returns to the place he earned his first PGA Tour win back in 2017 at the Farmers Insurance Open. Rahm has gone T-7, solo second, T-5 in the last three events he’s played in at Torrey Pines.

Rahm would have run away with the Memorial if he hadn’t tested positive and likely enters this week a bit pissed off. Maybe entering the week with a chip on his shoulder at a place he knows all too well is the perfect recipe for Rahm to earn his first major victory.

If the USGA is going to continue to grow out the rough at U.S. Opens then Bryson DeChambeau should be in contention each and every year, no matter the golf course. Torrey Pines’ fairways aren’t the most narrow in the world, which should allow more players to stay in contention come the weekend, but if the rough is as brutal as some are suggesting then DeChambeau’s bomb & gauge gameplan should work out well.

We saw DeChambeau dominate Winged Foot at last year’s U.S. Open by making the course as short as possible. Going with that same approach could work out very well for him again this week as the defending champ.

Brooks Koepka Going For No. 3

Brooks Koepka is seeking his third U.S. Open victory this week, which would make him just the seventh player to ever win three or more Opens. This would be an astonishing feat seeing as how this is just the eighth U.S. Open of his career. A win at Torrey Pines would make it three out of five for Koepka at U.S. Opens, which would be absolutely absurd.

He enters the week coming off of a missed cut at last week’s Palmetto Championship, but don’t fall for the ‘he’s not playing well’ trick. This is a major championship and Koepka’s recently repaired on knee seems to be holding up, he’ll be ready to go come Thursday.

Everyone’s immediate reaction to the video of Koepka getting frustrated with DeChambeau at the PGA Championship was that the USGA absolutely has to pair the two together on Thursday and Friday at the U.S. Open. We’ll find out the pairings on Tuesday afternoon, but if the USGA doesn’t lean into the rivalry – whether it’s genuine or not – would be a huge, huge miss on their part.

It’s not like the two are going to start swinging at one another on the first tee if they are paired together, but it would have everyone glued to the broadcast and set social media on fire, which is what the USGA should want.

Collin Morikawa Going For 5 In 50

Collin Morikawa is making his 50th career PGA Tour start this week and if he’s able to get the job done it would give him five wins, two of those wins being majors, in said fifty. We also can’t forget that he’s lost two playoffs in that stretch as well.

Tiger won six times, including one major, over the course of his first 50 starts. If Morikawa wins this week, we’re talking about one of the greatest starts to a career the game has ever seen.