Usain Bolt Is Open To Playing In The NFL, Would Be Interested In Playing For The Patriots Or Packers 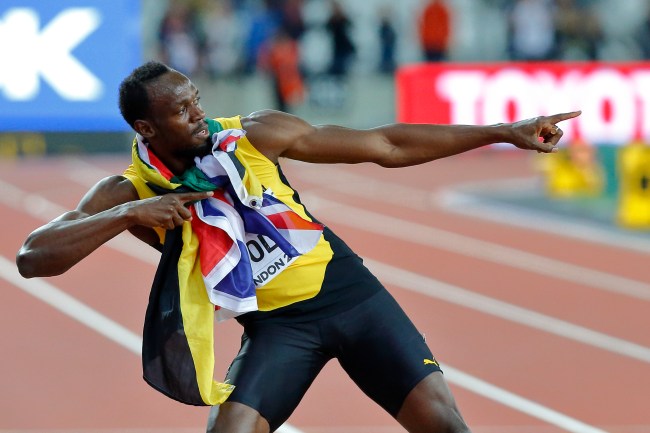 Legendary Olympic sprinter Usain Bolt is retired from track and field but maybe he would be interested in the idea of continuing to use his talents by picking up a new sport.

Bolt has already dabbled in soccer when he joined a professional Australian league for a brief period.

TMZ caught up with Bolt earlier this week and it seems like he’s open to the idea of playing in the NFL. There is one catch, Bolt will only consider playing for the Patriots or the Packers.

We got the most decorated Olympic sprinter ever out in NYC this week … and now that he’s retired, we had to ask — would he be up for an NFL career??

The 33-year-old said yes … but on one condition — it’s gotta be either with New England or Green Bay!!

“If the Patriots or Aaron Rodgers call me,” Bolt says … “If they call me, I’m ready!”

During Super Bowl weekend, the 6-foot-5 Bolt ran the 40 yard dash in sneakers and still was able to tie the NFL combine record of 4.22.

You know Bill Belichick is currently scouting Bolt as we speak.