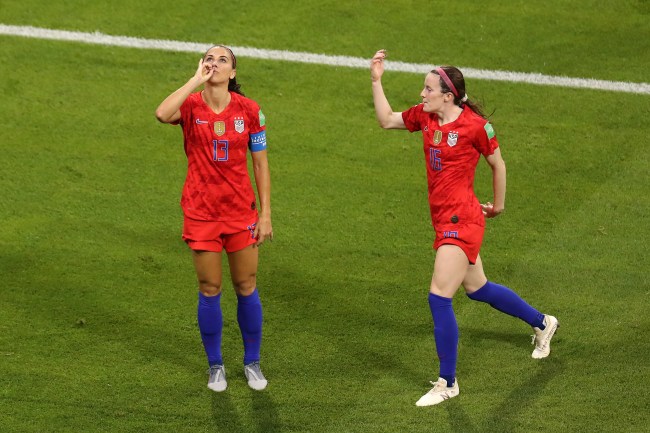 Before today’s USA-England world cup semi-finals game British tabloid The Daily Mail took a shot at the US’s Alex Morgan and Megan Rapinoe and called them “arrogant” for celebrating too much during their goals in the World Cup.

Greetings from London, where I am injecting this into my veins. pic.twitter.com/ULthPGTfEC

Well, it looks like The Daily Mail and all the haters of the USWMNT are going to be real mad after Alex Morgan hilariously trolled the British team by sipping tea with her pinky up after scoring a go-ahead goal in the first half.

Alex Morgan scores her first goal since the opening game and retakes the lead in the Golden Boot race (6 goals, 3 assists)

She's the first player in #FIFAWWC history to score on her birthday 🎂 pic.twitter.com/EGWBNIyaxI

Put this on my tombstone. #alexmorgan pic.twitter.com/fxw281Z7iT