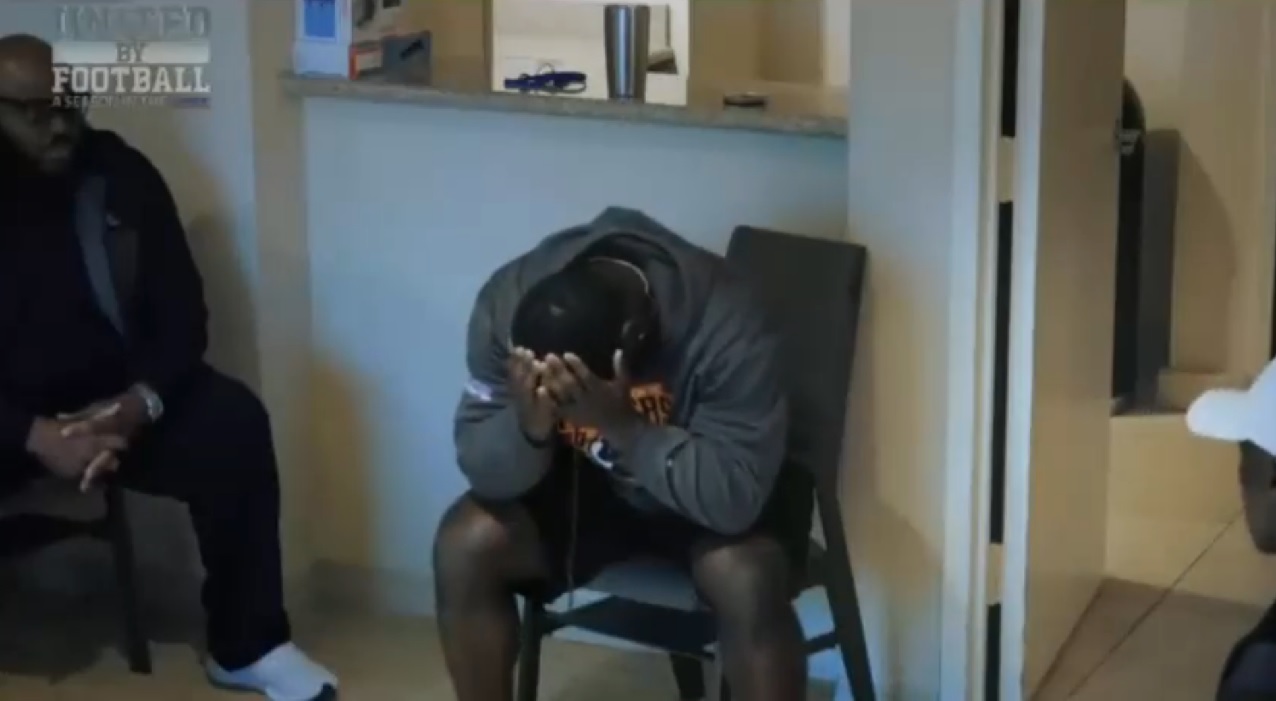 De’Veon Smith’s love for pizza apparently cost him a job in the USFL.

Smith, who played running back at Michigan and had an impressive stint at the XFL, was apparently cut by the Pittsburgh Maulers in the USFL over a situation about pizza.

Former Michigan and XFL star RB De’Veon Smith was cut by the USFL for “alleged disrespect” to a hotel staff member in Birmingham.

The alleged disrespect? Requesting to be served pizza instead of chicken salad.https://t.co/QHB0oo7wbZ

According to Smith, he requested pizza from a hotel worker instead of the chicken salad that was being served to him. The hotel worker told him he couldn’t have pizza and asked if that would be a problem, and Smith claims that he said “yes” and walked away.

Maulers head coach Kirby Wilson felt that Smith was disrespecting the hotel worker and immediately cut Smith without hearing out Smith’s side of the story.

You can check out a video of how everything went down below.

Bro got cut by a USFL team for ordering pizza instead of a chicken salad??? lmaoooo pic.twitter.com/Vo7n7HD0PU

Fans were baffled by the team cutting Smith for wanting pizza over a chicken salad.

USFL contracts that fragile that you can cut someone for eating pizza?

They cut De'Veon Smith over him wanting pizza instead of chicken salad? And then put it on TV? He was one of our best backs in the XFL. Wild.

Yo im sorry but if @USFL in association with the @USFLMaulers allow a player (@i_BSmith4) to get cut over pizza, then you might as well cancel the damn league if it's going to be this soft. What an embarrassing way to start off. #IWantPizza #USFL #USFLOpeningWeekend #USFL2022