USFL Makes Change That The NFL Should Be Watching Closely 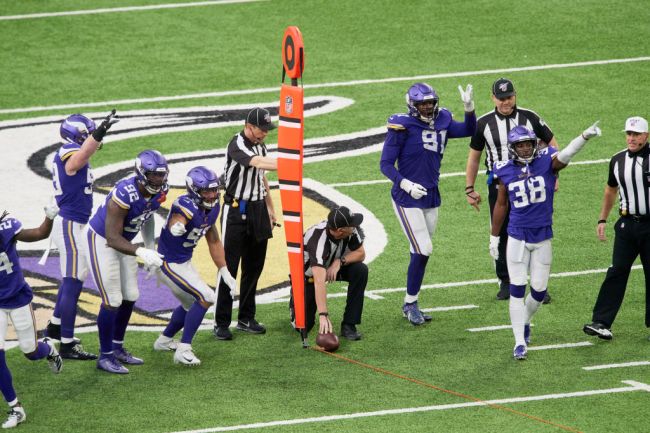 There are plenty of frustrating things about the way NFL games are officiated. Pass interference calls are very inconsistent. The taunting rule has become ridiculous. It no longer takes much to get called for roughing the passer.

However, one of the most frustrating facets of NFL officiating is the fact that the football can’t be reliably spotted after every play. We saw plenty of plays this year where it appeared that a player had clearly scored a touchdown, but the refs couldn’t spot the ball because the player was in a pile at the goal line.

There are also times where NFL refs can’t get an accurate spot on 4th-and-short situations and sometimes they just get it wrong at random points in the game.

Now, the USFL is testing an idea in their league that could solve this problem.

First down measurements that are more accurate than ever 🔥

Take a look at the first down technology that will be featured this season in the USFL ⬇️ pic.twitter.com/fLT2boDOVd

Instead of using chains to measure the spot of the ball like they do in the NFL, the USFL will be using a chip in the football to determine where it should be spotted.

While there are likely some bugs that will need to be worked out early on, this is something the NFL should be at least watching to see how this works out for the USFL.

With all of the technology available to the NFL, it’s hard to believe this is an issue the league is still dealing with. Maybe this will be where the NFL finally finds the solution to the problem.