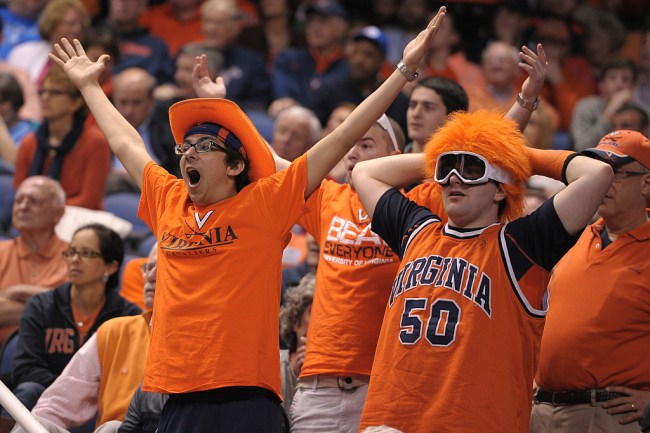 The University of Virginia came into this year’s NCAA tournament with something to prove after becoming the first ever number one-ranked team to lose to a 16-seed after falling to UMBC in the first round of last year’s competition.

The Cavaliers snagged one of the top spots yet again this season and it looked like there was a chance history was going to repeat itself when they found themselves trailing the lowly Gardner-Webb by 14-points early on in the first round of March Madness.

Thankfully, they managed to avoid suffering the same fate yet again, and after a couple of close calls, they finally secured the first national championship in school history after pulling away from Texas Tech in overtime and gave the fans back in Charlottesville an excuse to party.

After the game, UVA students took to the streets to celebrate, and based on what I’ve seen, it looks like they had a pretty swell time.

The celebrations are taking over the UVA campus including a couch burning off Madison. @8NEWS pic.twitter.com/hNdGTBRcMF

Hundreds of UVA students celebrate on the Corner pic.twitter.com/PU2UZ1JHVj

Live from the Corner following the championship win in Charlottesville: pic.twitter.com/j3zFQdJwzQ

@uva The Corner overrun with students (and us adults?). Congrats to ⁦@UVAMensHoops⁩ ! (What could possibly go wrong?) Check our the kids UNDER the bridge in the distance! pic.twitter.com/lRmwiAzI6U

Sheer unadulterated joy on the @UVA Lawn and all around Charlottesville pic.twitter.com/Rz7COD2zxK

I saw somewhere on this vast Twitter-verse that students burned a couch on campus in celebration of that @UVA win… something tells me this is it #lit 🔥 pic.twitter.com/BLgUK0D2nc

Prior to the game, Texas Tech announced they were canceling classes on Monday and Tuesday in preparation of a victory that never came but UVA made it clear before the game that the academic schedule wouldn’t be affected by the tournament.

Dear @UVA,
If an education is truly the only way we compensate @UVAMensHoops then is it really fair to hold classes tomorrow without them? It just wouldn't be right to let them fall behind more while representing our school on a national stage.
Sincerely,
A concerned student pic.twitter.com/gCbAE4agNS

However, I have a feeling attendance might be sparse today.

It’s ok, @UVA . I’ma go ahead and cancel tomorrow’s classes for myself 🤗

If Kyle guy is not in class neither will I be pic.twitter.com/OHVgaUQpJl

When UVA wins the championship tonight, class is going to be cancelled tomorrow, regardless if the professor cancels it or not ‼️