Dude In Vegas Could Win $1 Million For $12,500 Bet On Michigan Winning The National Championship 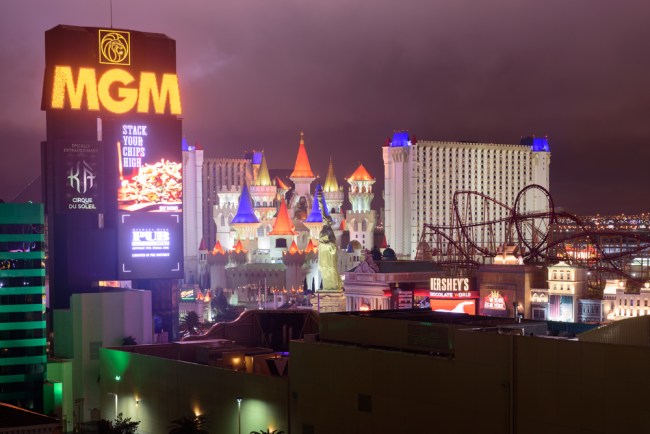 Crazy stories about degenerate gamblers make March Madness pretty damn great. It happens every year. Last year there was the story of the dude who dropped $100 on Syracuse to win it all. Even crazier, he did it in January when the Orangemen were listed at odds of 1,000-to-1 to win. ‘Cuse made it to the Final Four and he didn’t win squat, but still – It’s a sexy gambling story.

After Sunday’s wild day of upsets, this year’s sexy gambling story comes from the Golden Nugget in Vegas. He accepted a $12,500 bet at 80-to-1 odds, meaning he’d win a cool $1 mil on Michigan cutting down the net. via WagerTalk:

While Derek is risking $12,500, Tilman has $1,000,000 at risk. Michigan is still riding their high from the Big 10 Tournament and has looked good in their first two wins over Oklahoma St and Louisville.

Stevens isn’t is your everyday type of a gambler — He’s pretty high-risk, high-reward kind of guy. He bet $352,000 on the first round of the tournament, according to the LVRJ:

The owner of The D and the Golden Gate got off to a brutal start, losing all four of his plays in the First Four and going 3-10-2 Thursday. He was 3-14-2 and down $124,000 heading into Friday, when he won four of his first five plays.

Nothing like pissing away a couple salaries in his first couple days of action. Wild that if Michigan keeps the streak alive, he’ll mint a big ole paycheck. 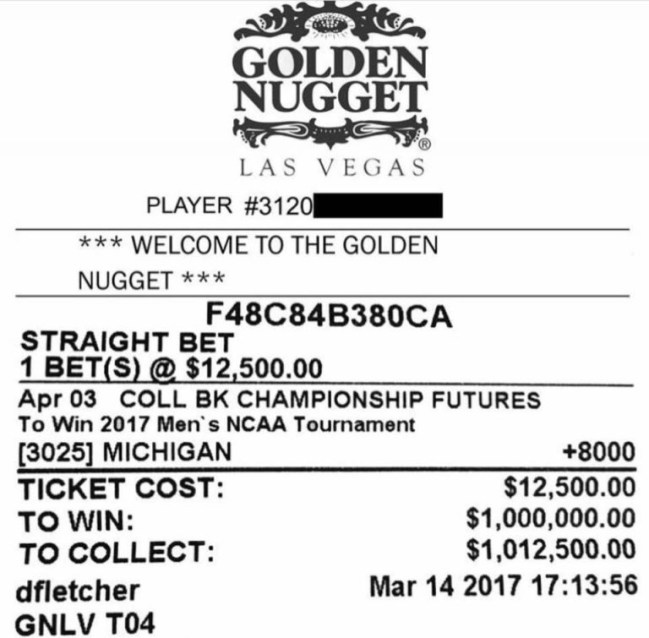