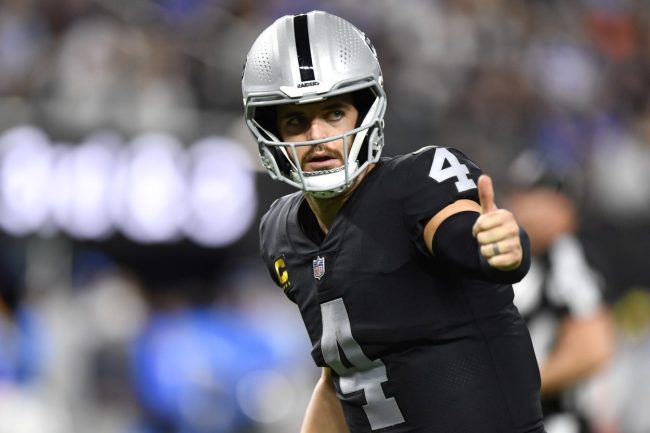 The Las Vegas Raiders beat the Chargers in walk-off fashion on Sunday to clinch a spot in the playoffs. Had the two teams played to a tie, they both would have made the playoffs and although that was the initial intention late in overtime, the plan changed after Los Angeles head coach Brandon Staley called a timeout.

But that isn’t what this is about. In fact, this has nothing to do with the game at all.

Prior to the win-and-in matchup, the Raiders posted a video to its official team Twitter account that has since gone viral. It is super, super crispy.

The video shows quarterback Derek Carr running out of the tunnel. However, instead of the standard shot from in front of the tunnel, the Vegas videographer took a different approach.

He stood on the other side of the cheerleaders and ran with Carr from the tunnel onto the field. It made for one of the most unique, coolest shots in a long time.

Life is all about perspective, but that notion is particularly true when it comes to getting a dope shot. Although I could not find exactly who it was that got this super sweet angle, the Vegas team lists Joe Harrington and Jason Negus under “film” staff.

Whoever it was that got the shot deserves major props. He not only thought outside of the box, but he had to get on his horse to keep up with Carr.

Officially putting our videographer in the 2022 NFL Combine 🏃‍♂️💨 pic.twitter.com/8iyJ3OnerW

Really awesome stuff. I would love to see more like this over the remainder of this season and beyond.