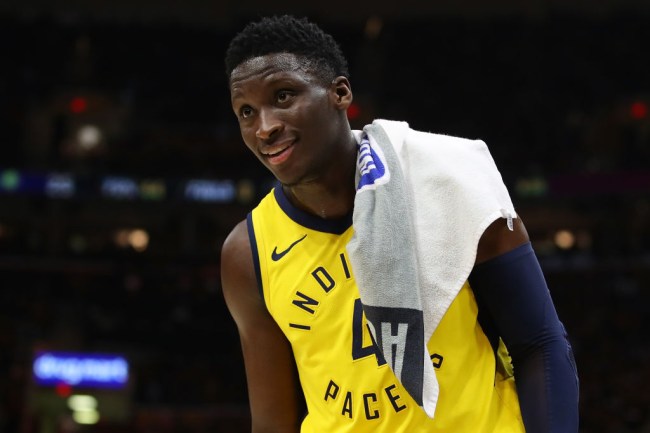 Yesterday afternoon, the Indiana Pacers were within reach of pulling off a huge upset against LeBron James and the Cleveland Cavaliers in the first round of the playoffs. Eventually the Cavs pulled through and Indiana’s star guard Victor Oladipo felt that the Pacers had earned everyone’s respect with their showing in the playoffs.

“If y’all don’t respect the Indiana Pacers now, I have no respect for you,” Oladipo said after the Pacers’ 105-101 loss. “That’s just how I feel. Nobody thought we were going to be here — not one person — but us in the locker room. I feel like we’ve earned our respect from everyone now.

Immediately after the game, Oladipo sent a text message to his trainer wanting to quickly set up some offseason workouts to get ready for next season.

Unfortunately it appears that Oladipo’s own trainer doesn’t know how to spell his name.

we not gonna talk about my man having oladipo's name spelled "olapido" in his phone? https://t.co/UYDOZg1aIv

How his trainer spell his last name wrong tho

First of all, that’s amazing. Second, how u spell it Olapido. 😭😭 https://t.co/4EQNuHIP7e

Update: Oladipo’s trainer claims he left the misspelling on his phone as a joke.