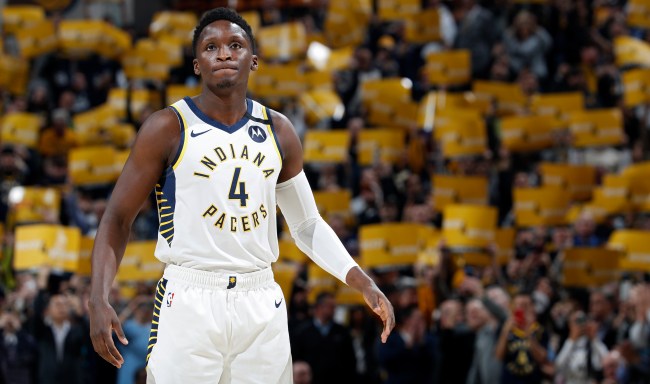 After showing up to last night’s game wearing a throwback No. 8 Western Conference All-Star jersey in honor of Kobe Bryant, Victor Oladipo channeled the Mamba Mentality made famous by the late Los Angeles Lakers legend by hitting a game-tying 3-pointer to send the game into overtime.

Oladipo, the Pacers’ 27-year-old shooting guard, had not played in an NBA game since suffering a ruptured quad tendon in his right knee on January 23, 2019.

In his first action in over a year, Oladipo scored 9 points in 21 minutes of action, including a game-tying 3-point shot that sent the contest against the Chicago Bulls to overtime.

Victor Oladipo from deep to tie it for the @Pacers in his return to action. pic.twitter.com/hShG72sxCN

After the Pacers secured a 115-106 overtime victory, Oladipo said in his postgame interview that it was his “Mamba Mentality” that allowed him to hit the game-tying shot.

Kobe, 41, and Gianna Maria Bryant, 13, were two of the nine people who were killed in the Calabasas helicopter crash on Sunday, January 26.