Video Emerges Of Conor McGregor Being Pulled Over In His Bentley 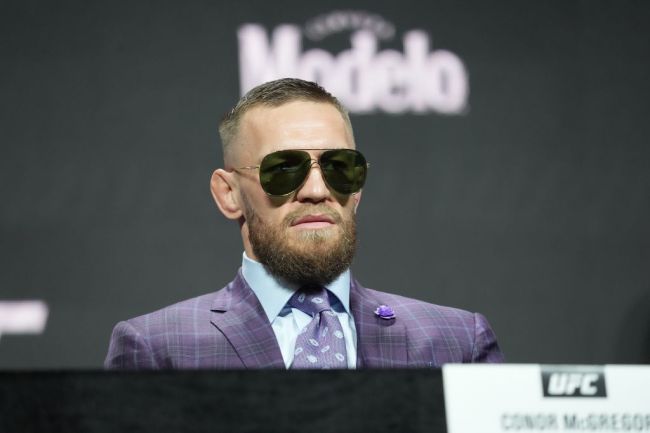 The UFC’s unfortunate week outside of the cage continued yesterday. After Jorge Masvidal’s sucker punch had stolen headlines earlier in the week, Cononr McGregor decided to get into some trouble of his own. He was reportedly arrested on Tuesday night for dangerous driving.

Now, video of McGregor being pulled over has surface. Twitter user @Simbot20, posted a video he took of the incident to his account yesterday afternoon.

@TheNotoriousMMA Up the Mac😁 pic.twitter.com/2tT7LH6yiH

Unfortunately, it is unclear in the video exactly what it was that led to McGregor being pulled over. We also still do’t know how fast McGregor was driving when he was pulled over.

What we do know is that he was pulled over for “dangerous driving” and was arrested. He passed tests for both drugs and alcohol while he was at the police station. He was later released on bail and his car was returned to him after it had been towed.

This is just the latest in a growing list of issues for McGregor outside of the Octagon. The most prominent of those was his attack on a bus containing a number of other UFC fighters that saw him throw a dolly at the bus.

There was also the incident where McGregor punched an elderly man at a pub because the man refused a shot of Proper 12. He also destroyed a fans phone a few years ago. He recently attempted to fight Machine Gun Kelly at the VMAs. Not long after, he was accused of assaulting an Italian DJ.

Even in his UFC career, McGregor has been accused of crossing the line, seemingly launching threats at the Poirier family after Dustin beat him a second time and previously being accused of making comments about Khabib Nurmagomedov’s wife and religion.

Conor McGregor is quickly becoming known more for his issues outside of the cage than any kind of recent success inside of it.