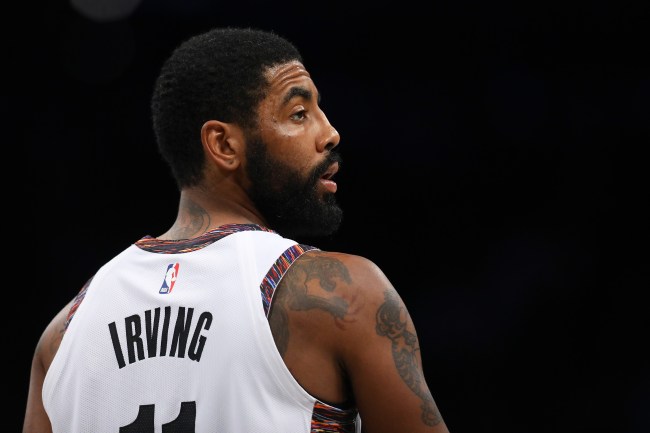 Kyrie Irving has been missing from the Brooklyn Nets for almost a week and it doesn’t seem like he’s coming back anytime soon.

An alleged video of Irving at a large gathering breaking Covid-19 protocol surfaced on the Internet on Monday night.

Kyrie Irving really out here living his best life without KD and Steve Nash?? He let people worry about him 🤣🤣 #NBA #NBATwitter pic.twitter.com/RMQHObaTXq

It has been reported by various media outlets that Irving is currently sitting because he’s upset about what happened at US Capitol last week.

It’s unclear how the NBA will handle the Kyrie situation and if they’ll investigate the video of him partying but he’ll likely have to quarantine for a bit before he’s allowed to return to play.