Video Shows Odell Beckham Jr. Being Escorted Out Of The Stands By Police For Trying To Pay LSU Band To Start Vulgar ‘Neck’ Chant During National Championship 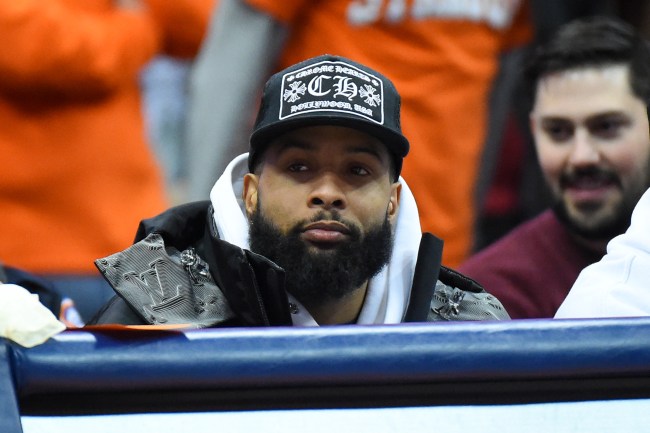 Not only did Odell slap a cop in the ass, give money to LSU players, interrupted Coach O’s postgame speech but he was also escorted out of the stands by police for trying to get the band to play “Neck”.

Odell was also escorted from the stands lol, he had a rough night pic.twitter.com/USemCP3CeH

Odell also tried to bribe the LSU band to play “neck” again with his blue hundreds… cops stepped in here too pic.twitter.com/FZ52IYeb5W

Odell Beckham really hijacked the LSU band’s megaphone in the stands , he was out of control 😂😂😂(via @LSUJesus) pic.twitter.com/6b4qGdq7rH

The band eventually played “Neck” during the fourth quarter of the game and got to do their “suck that Tiger dick’ chant.

As for Odell he’s currently in hot water for slapping that cop in the ass.

A police spokesman said the warrant was issued after a video showed Beckham apparently slapping a male officer’s buttocks after LSU’s championship game.

OBJ sure had himself quite the night.