Open Shot, Fate Of The Universe On The Line, The Martians Have The Death Beam Pointed At Earth, You Better Hit It, You Don’t Want Max Kellerman 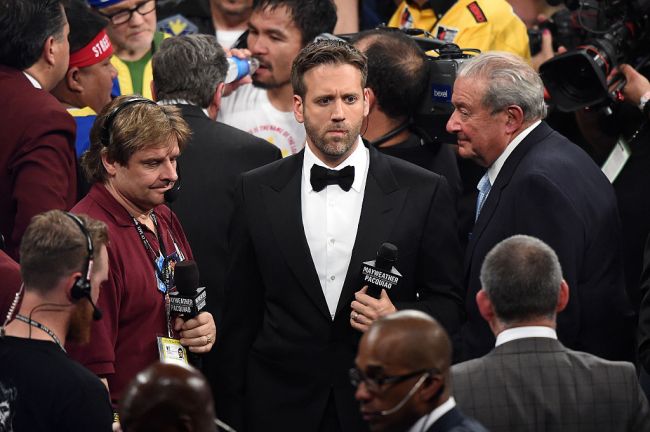 In a moment that will live on forever in group chats across the US, Max Kellerman once famously told the world that if the fate of the universe was on the line and the human race got one open jump shot to save itself, out of everybody on the Golden State Warriors, he wanted Andre Iguodala taking the shot.

The last shot, who would you rather have taking it: Andre Iguodala or Steph Curry?@maxkellerman: pic.twitter.com/Dcb3yjhZ6v

While the sports world widely disagreed with Kellerman’s opinion, we learned today that there might be one thing sports fans everywhere can agree on about this subject. If the martians point that death ray at Earth, we absolutely do not want Max Kellerman taking the shot.

The Twitter account for “Keyshawn, JWill & Max” posted a video today of Kellerman’s jump shot and it wasn’t pretty.

THere’s just so much wrong with this jumper. He is super stiff shooting the ball. It looks like he pushes the ball instead of flicking his wrist and getting some backspin on the shot. Most importantly, how does he manage to shoot a jumper without bending his knees?

You’d think that with all the time Kellerman has spent on shows with Stephen A Smith, Jay Williams, and the numerous NBA player guests of the shows, you would think somebody would have seen this cry for help and taught Kellerman how to properly shoot a basketball.

Hopefully we get to see Steven A and JJ Redick talk about Kellerman throwing up bricks on First Take tomorrow.