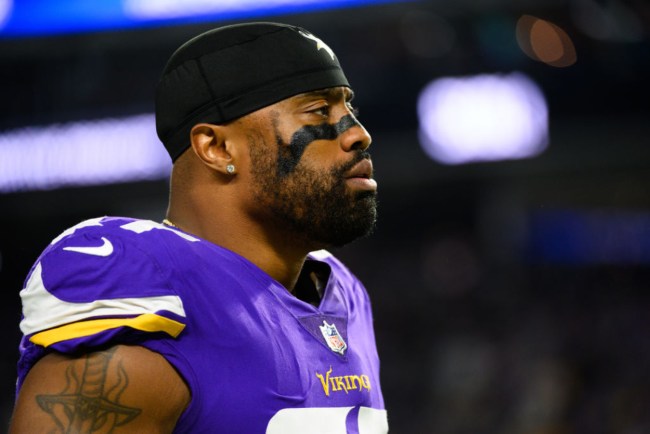 Minnesota Vikings defensive lineman Everson Griffen shared a scary video and a series of disturbing messages early Wednesday morning about possibly being in danger. The team has since provided an update about the troubling situation.

Griffen shared screenshots to his Instagram of text messages assumed to be sent by him saying that people were trying to kill him and that he needed help. The Instagram posts have since been deleted, but you can see screenshots of the text exchange below:

BREAKING: #Vikings DE Everson Griffen has made some concerning post on his IG. Posting text messages where it seems like Everson may be in danger.

Praying everything is alright🙏 pic.twitter.com/2YQPZ1uY57

The 33-year-old also shared a video saying that someone was trying to kill him in his home. In the video, Griffen is holding a gun and explains that the gun is his, it’s registered to him, and that teammate Dalvin Cook helped him purchase the weapon.

The Vikings issued a statement on Wednesday morning about the situation:

“Vikings representatives and the team’s mental health professionals have been on-site at Everson Griffen’s home since early this morning and are cooperating with law enforcement.”

“Our only concern at this time is the safety and well-being of Everson and his family. We will have further comment at the appropriate time.”

According to local police, Griffen has refused to come out of his home:

Per local police, via @LouRaguse, Everson Griffen has refused to come out of his home. Efforts to resolve the situation are ongoing. https://t.co/oID6zaZHTX

In 2018, Griffen allegedly threatened to shoot hotel staff members. He agreed to be taken for mental health treatment shortly after the incident, but reports suggested he fled the ambulance.