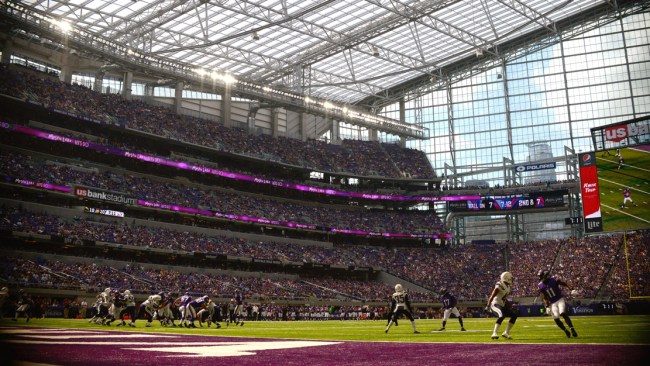 Minnesota Vikings fans have been through a lot since they last won a Super Bowl, ummm, never. They did win the NFL Championship in 1969 though! The, uh, year before the NFL-AFL merger and the beginning of the Super Bowl era.

Since then, the Vikings have made the playoffs 27 times and played in the Super Bowl four times in five years between 1973 and 1977, winning… none of them.

In fact, Minnesota has lost their last six NFC Championship Game appearances since the 1978 season. And several of the Vikings’ playoff losses over the years have been of the more, uh, memorable variety. *cough*BlairWalsh*cough*

Now, after high expectations following the signing of quarterback Kirk Cousins to a fully-guaranteed three-year, $84 million contract, and a tepid 6-6-1 start, Vikings fans are once again running out of patience.

That impatience apparently reached peak levels after the Vikings 21-7 loss to Seattle on Monday night for one fan named Matt, who decided he’d had enough and put the team’s fancy new U.S. Bank Stadium up for sale on Craigslist.

Check out this impressive listing…

For Sale: Lightly used $1,000,000,000 stadium. Occupant has been a team that only has success in breaking the hearts of the fans. Long history of collecting talent with no ideas on how to use them.

Included: $84 million QB who can’t win against teams with winning records, and is 0-7 on MNF. A league record!

All reasonable offers considered. Will even entertain ideas to convert to a homeless shelter, as there is a greater chance of one of those folk becoming a success.

KSFY-ABC also reports that a picture of a dumpster fire was added to the stadium’s since-deleted listing.

My Craiglsist #Vikings gag was removed, but I'll always have the memories. 😂#VikingsChat pic.twitter.com/mMlzrload6

Oh well, as Vikings fans have been saying since 1970, there’s always next year.