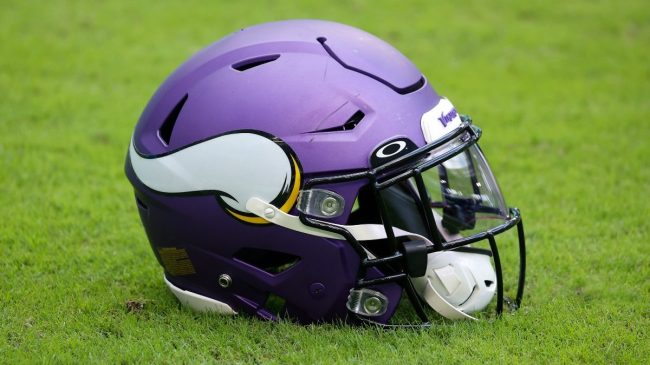 The Minnesota Vikings are taking time off from football as they have a bye in Week 7. However, the franchise could not stay out of the news all thanks to Oli Udoh. Minnesota’s offensive lineman was arrested for a bizarre incident at a nightclub.

According to Andy Slater, Udoh was apparently conversing with a woman standing in line for the bathroom in a nightclub. However, things took a turn when the Vikings offensive lineman followed her into the restroom and refused to leave. Police were called and Oli Udoh was charged with disorderly conduct and resisting.

The NFL offensive lineman was talking to a woman in the bathroom line at a nightclub, followed her in, and then wouldn’t leave, sources tell me.

Udoh got charged with disorderly conduct and resisting.

That’s an incredibly scary incident for the woman and anyone who has experienced something like that. Especially considering Oli Udoh is 6’6″ and 320 pounds. That’s a large human to deal with. We’ll see how it all plays out, but it’s not looking good for Oli Udoh, and rightfully so.

The Vikings have yet to address the issue, but a statement should be made at some point. Additionally, a punishment could be in line for Oli Udoh from the league. His behavior is incredibly inappropriate and he should be dealt with accordingly. It’s unclear exactly what kind of punishment he’ll receive, but a fine and/or suspension could be in order.

Keep an eye on this situation, as it is a developing story. More information will eventually come to light. Until then, the Vikings are likely configuring a proper punishment for their troubled offensive lineman.