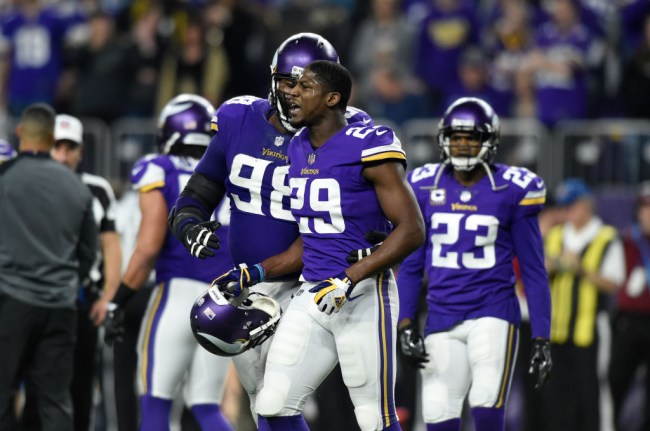 At 39-years-old Terence Newman is currently the second oldest defensive player in the league behind Patriots linebacker James Harrison. Despite his age, the Minnesota Vikings DB is playing at an extremely high level on one of the NFL’s best defensive teams.

Newman played all 16 games for the Vikings, one of the best defenses in football. He played 554 snaps, fifth-most among Vikings defensive backs behind their two starting corners and two starting safeties. He allowed just 32 catches and 330 receiving yards on throws in his direction this season, per Pro Football Focus.

Of course the NFL has taken notice to Newman’s exceptional play this season and has ordered him to take several drug tests in the past month to make sure nothing fishy is going down.

Third HGH blood draw in a little over a month smh pic.twitter.com/0BDkIbDaNW

Newman, who has played for the Cowboys for the majority of his career, has a chance to make the Super Bowl for the first time if the Vikings beat the Eagles this weekend. Let’s hope Newman doesn’t get drug tested if the Vikings win on Sunday.