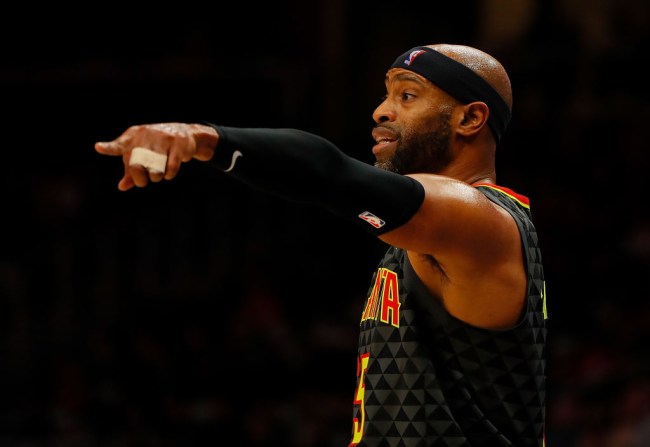 Vince Carter has been in the league so long (21 seasons!!!) that it took me several minutes to even remember what team he started on (the Raptors). My NBA fandom has gone from rabid to casual in the last 21 years, so outside of the Raptors and Nets, I could not even tell you where he has played the rest of his career.

Shit. Now I need to look at his career stats.

At 41-years old, Carter may not light up the box score like he once did, but last night he proved that he can still throw down a vicious windmill dunk when he needs to.

If the NBA wants to electrify fans with the Dunk Contest this year — or simply just have the fans care again — they need to hand Vince Carter a check for $1mil and have him participate.

Can we start a petition to get Vince in the dunk contest. The atmosphere would be crazy!!!

Best windmill dunk ever! Only guy to do a full swing wind up and make it look unreal!

Now thats what the fuck is up ! Tracy mcgrady came in later and left earlier ! Unreal this mans a legend! Lets see if lebron will go this long

Can we officially start the petition to Make The Dunk Contest Great Again?