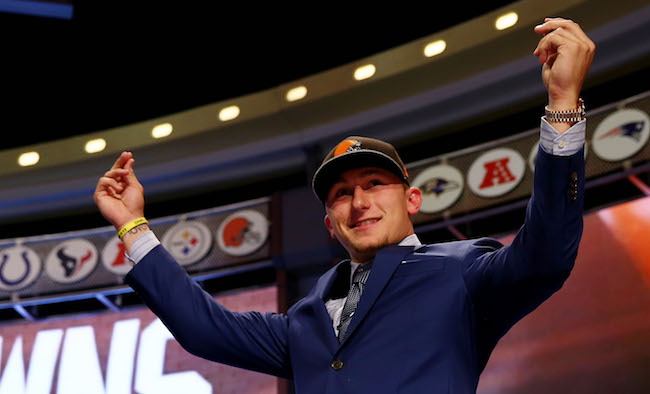 Earier today, ESPN’s Darren Rovell revealed that WWE President Vince McMahon is set to announce the return of the XFL football league in 2020.

WWE founder and chairman Vince McMahon is set to announce that he will make another attempt at starting a professional football league, sources told ESPN.

Alpha Entertainment, a company that McMahon formed, issued a media advisory Thursday saying that McMahon would have a “major sports announcement” on Thursday afternoon.

Last month WWE filed paperwork with the Securities and Exchange Commission stating that McMahon would sell about $100 million in stock to fund Alpha Entertainment, a company founded to make investments “including professional football.”

It appears that McMahon already has a star in mind for the new XFL reboot, Johnny Manziel.

Vince McMahon is going to announce new football league, which will start in 2020. I was told Johnny Manziel will be a No. 1 target for new league.

The timing is perfect for Manziel, who is currently in negotiations to play in the CFL. If Manziel signs with the CFL he would be required to play there for two years before he can join another league. 2020 does seem like a long time from now but hopefully Mr. Mcmahon can clear everything up later this afternoon.