Vince McMahon Is Planning To Bring Back The XFL In 2020 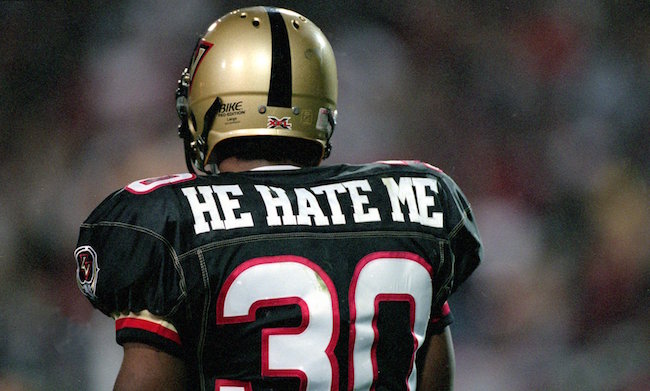 As the sun began to set on the Attitude Era around the turn of the millennium, Vince McMahon decided the best way to deal with his midlife crisis was to form his own football league, because people with too much money attempting to take on the NFL has ended so well in the past. He dubbed his new project “The XFL,” which would become the biggest thing to happen to football until Jon Bon Jovi decided that what the sport really needed was to be played inside on a tiny field.

The world looked a lot different when the XFL’s inaugural season began in 2001. The WWE was still the WWF, games were broadcasted on UPN and the recently deceased channel formerly known as TNN, and companies were legally required to stylize the word “extreme” as “Xtreme” for all marketing and promotional purposes.

The XFL folded after one season and largely faded from the public consciousness until ESPN reminded everyone it existed when they released a 30 For 30 documenting the experiment in 2017. The internet didn’t waste any time freaking out after McMahon sold $100 million worth of WWE stock to fund a new venture— Alpha Entertainment— in a move that set the stage for an XFL reboot.

It seems that rumors concerning a revival of the league might be more than rumors based on a report by Pro Wrestling Insider, which says McMahon is planning to bring back the XFL in some shape or form when 2020 rolls around. It appears the WWE CEO is taking his time in setting the table for the return in order to avoid the mistakes that came with its ambitiously expedited launch back in the day.