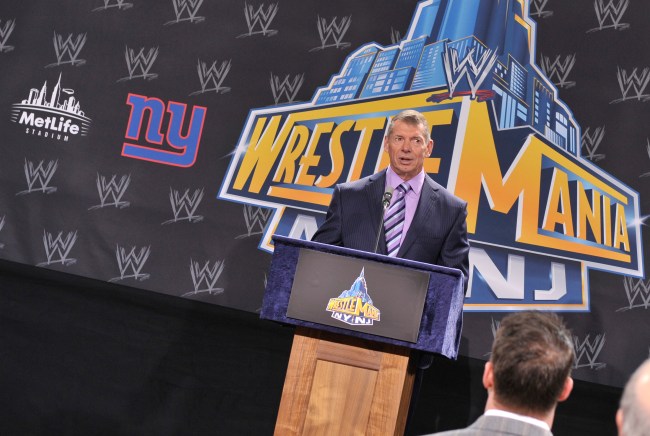 Chairman and CEO of World Wrestling Entertainment (WWE) Vince McMahon sold 3.34 million company shares, worth more than $100 million (shares closed at $31.87 on Thursday); noting the proceeds were “primarily to fund a separate entity from the Company, Alpha Entertainment LLC, which he established to explore investment opportunities across the sports and entertainment landscapes, including professional football.” On December 16th, Alpha filed for 5 different trademarks on “XFL”; in addition to recently registered marks on “URFL”, “United Football League”, “UFL” and “For the love of Football”. The XFL ran for just one season before folding in 2001.

Howie Long-Short: WWE shares hit an all-time high earlier this week ($32.92), so while Vince is selling a decent chunk of the company (4.3%); he’s cashing out at the right time. He’ll also still owns 41.8% of all outstanding WWE common shares (with 82.8% of the voting power). I simply question the feasibility of the XFL 2.0 success. The league lost $70 million the first time around and had the benefit of NBC’s (CMCSA) promotion behind it. Does a few extra months of training camp really make a difference? Fool me once (for a half), shame on you. I won’t be fooled again.

Fan Marino: While on the topic of upstart leagues, LaVar Ball’s Junior Basketball Association seems to be based on flawed logic. The top HS players can get paid $1 million to go overseas, so they aren’t playing for $100,000; and there is no market to watch second-tier HS players, without the emotional attachment of a college jersey on them. Oh, and who is funding this league? BBB is the apparel and sneaker provider, eliminating any potential for the usual suspects (NKE, ADDYY) to participate.

Nike (NKE) reported an increase in international sales drove Q2 ‘18 revenue up 5% YOY (to $8.6 billion), but that growth couldn’t prevent the company from experiencing a 9% YOY decline in earnings (to $767 million) resulting from reduced gross margins and increased selling/administrative costs. Revenue in China was up 16% YOY (to $1.2 billion) during the most recent quarter, with sales in Europe, the Middle East and Africa up 19% YOY (to $2.1 billion). Domestically, sales were down 5% YOY (to $3.5 billion) with the decline attributed to disappointing footwear sales. As the company moves forward, it will continue to focus on a DTC strategy, relying less on struggling retailers.

Howie Long-Short: Nike announced back in October that it would scale back on the number of retailers it worked with, focusing on just a few dozen relationships, as the company looks to increase its e-commerce business (from 15% of revenue to 30% over the next 5 years). The decision appears to be a prudent one, as the brand continually appears atop lists of creditors with the biggest unsecured claims on bankruptcy filings (see: Golfsmith International Holdings, Sports Authority and Shiekh Sports). The latest, The Sports Zone, Inc. filed for bankruptcy owning NKE $1.9 million. Good luck, collecting on that unsecured claim.

Fan Marino: Nike’s “pro hijab” went on sale in the U.S. on Wednesday, coinciding with a marketing campaign featuring fencer Ibtihaj Muhammad, boxer Zeina Nassar and runner Manal Roston. Muhammad is first US athlete to compete in the Olympics wearing a hijab. How did Muhammad end up fencing? It was a sport that allowed to her to compete while remaining fully clothed, as required by her religion.

DIRECTV NOW has added MSG Networks (MSG, MSG+) to its programming lineup, becoming the 2nd live TV streaming service to make the RSNs available nationwide. While news of the distribution deal broke back in September, the channels just became available to subscribers through the networks’ live streaming and video on demand platform, “MSG GO”. It should be noted that DIRECTV NOW subscribers within the greater New York metro area (and all of NY State), have access to all MSGN content (i.e. no blackouts).

Howie Long-Short: MSGN, spun off from MSG back in 2015, reported Q1 ’18 revenue grew 3% YOY (to $157 million). It’s not surprising to see the company simply plugging along, as 90% of MSGN revenue comes from affiliate fees; fees negotiated to span extended periods of time. Earlier this month, the company announced plans for a $150 million share buyback plan. DIRECTV NOW is an AT&T (T) subsidiary.

Fan Marino: The addition of MSG Networks (MSGN) gives DIRECTV NOW subscribers access to Knicks, Rangers, Islanders, Devils, Sabres, Liberty (WNBA) and Red Bulls (MLS) games. The OTT service also carries the YES network, home of the Yankees and Nets. NY sports fans (except for Mets fans) no longer need cable. Of course, once ESPN renegotiates the contracts for the 22 RSNs it acquired from FOXA and adds MLB games to ESPN+; Mets fans can join in on the cord cutting fun.