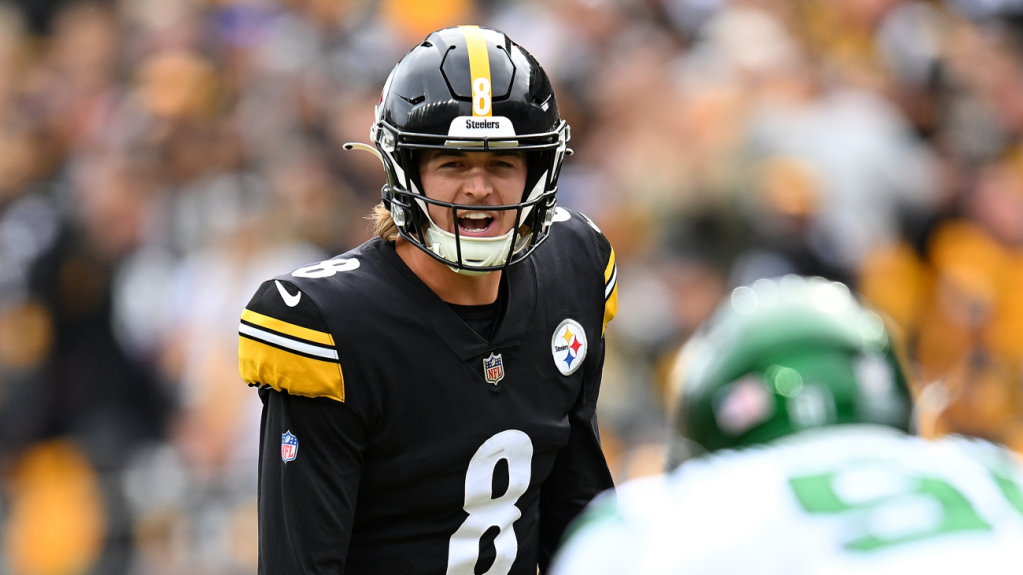 The Pittsburgh Steelers will travel to Buffalo to face Josh Allen and the Bills in Week 5. Steelers rookie quarterback Kenny Pickett is set to make his first career start with the team and they’ll roll into Buffalo as 14-point underdogs according to Las Vegas.

Kenny Pickett, however, doesn’t see himself and his teammates as underdogs. And neither does NFL veteran Von Miller. In recent comments, Pickett discussed how the Steelers are perceived as underdogs by the outside world but they don’t see themselves that way.

It’s a pretty weird way for Kenny Pickett to admit they don’t have that dawg in them. But then Von Miller came off the top rope and clowned all over the Steelers rookie QB during a live stream. Here are Pickett’s comments below followed by Von Miller’s incredible response.

Kenny Pickett Denies Being An Underdog, Basically Admits He Ain’t Got That Dawg In Him…

“It’s the attitude with which you go about it. Everybody else thinks we’re underdogs. We don’t. We’re going to go in there with some confidence. We know how great we can be when we’re detailed and we execute at a high level. That’s something we need to take care of during the week or we won’t have a shot.”

The ‘underdog mentality’ is a powerful motivational tool. It can be the spark needed to reach levels of greatness in high-pressure situations. But Kenny Pickett’s like ‘nah, there’s no dawg around here.’ Von Miller agrees.

Von Miller read the headline and immediately responded “who thinks you are underdogs, bud? Jeez, Kenny. Nobody said… What? Stop it Kenny. Stop it Kenny! Don’t try to get crazy on us, man. Just come in and play the game (laughing).”

This might be the single the most veteran way possible to shut down comments from a rookie quarterback. Von Miller’s played in 154 games! Listen to this man, Kenny.

Based on recent comments, Von Miller might already have the Steelers and Mike Tomlin spooked. He’s definitely winning the war of words.

Tomlin said Von Miller “is an alien visiting from another planet.” And went on to add:

“He’s Von Miller. Some guys are just aliens visiting from another planet, and that’s just the reality of it. Man, in the National Football League, you’ve got to respect all these guys—they’re all freaky. But some guys are even freaky in our setting. And he’s just one of those guys.

He always has been since he came out of [Texas] A&M, moving, changing, and running like a corner. He needs no endorsement from me. Kudos to Von Miller. We talk about his talents often, but this guy’s a scientist. He works at his craft. He encourages others to do that like him.”

Kenny Pickett would be justified if he’s nervous ahead of this matchup. It will be his first career start and he’s facing the Super Bowl favorites.