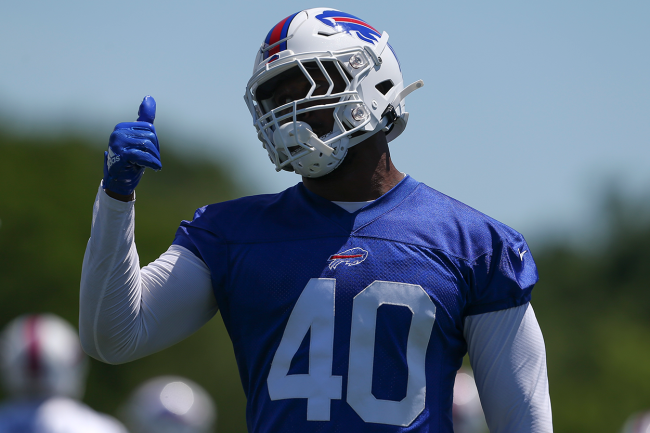 Von Miller was one of the most prominent free agents during the offseason. After winning a Super Bowl with the Rams, the 33-year-old linebacker was thought to be returning to Los Angeles but ended up in Buffalo.

Miller signed six-year contract worth up to $120 million, including an $18.5 million signing bonus and about $51.4 million in guaranteed money. It was a rather lucrative deal.

However, he almost didn’t end up with the Bills.

In an article by The Athletic’s Dan Pompei, Miller revealed that he expected to stay with the Rams and was fully open to signing with the Cowboys. But Dallas didn’t offer him enough money and Los Angeles didn’t guarantee him enough money.

According to Pompei, Miller was “90 percent certain” that he would resign with the Rams. The team offered him a deal that would have paid more money per year on a three-year contract but only guaranteed two years.

At his age, Miller was unable to turn down an additional year of guaranteed money with Buffalo.

As for Dallas, the Cowboys tried to resign outside linebacker Randy Gregory. The two parties agreed on a deal in March, but it ultimately fell through and Gregory signed with Denver.

In turn, Dallas tried to offer Mille the same five-year, $70 million deal with two years guaranteed that it had agreed to with Gregory before he backed out. It wasn’t enough money to get Miller to Texas.

“I told them I was ready to come to the Cowboys,” Miller said to The Athletic. “I would have taken less to go to Dallas because it’s Dallas. But I wouldn’t take that much less.”

Ultimately, Miller took the most guaranteed money and signed with the Bills. He says that Buffalo chose him, which could be true, but at the same time— money talks.