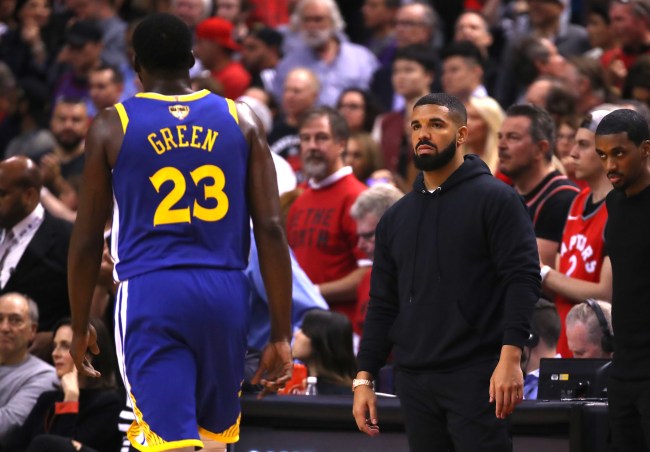 Toronto based rap star and Raptors super fan Drake has made his presence felt during the NBA finals with his trolling.

During the Raptors game 1 win against the Warriors Drake called the Dubs trash and hit Klay Thompson with the “Hotline Bling” dance during the game.

Before game 2 Drake was back to his trolling when he wore a Home Alone inspired hoodie that mocked Kevin Durant for being injured and not playing.

Warriors playing “the story of adidon” from Pusha T….All out War against Drake 😂 pic.twitter.com/A2aWa9g4kH